Rahul Gandhi's attack on the government comes after AIBEA (All India Bank Employees' Association) released a list of 2,426 companies that have been categorised as 'wilful defaulters' 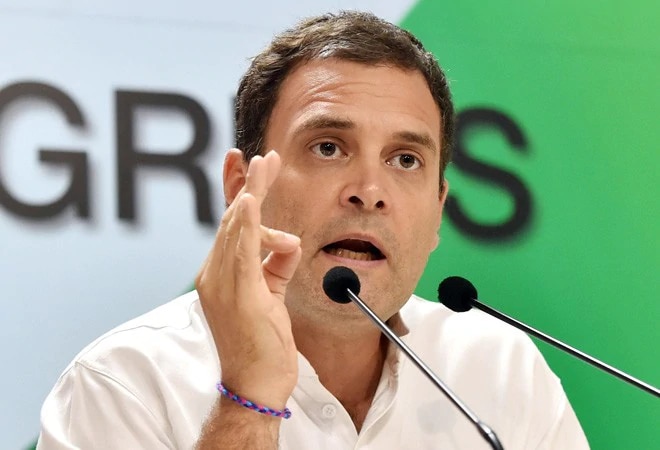 Congress leader and MP from Wayanad, Rahul Gandhi has alleged that 2, 426 companies "looted" people's savings to the tune of Rs 1.47 lakh crore, and asked whether the central government will investigate the matter and punish the guilty.

In his tweet in Hindi, Gandhi said, "As many as 2, 426 companies looted Rs 1.47 lakh crore of people's savings from banks. Will this government investigate this loot and punish the culprits? Or will it allow them to flee like Nirav and Lalit Modi?"

Rahul Gandhi's attack on the government comes after AIBEA (All India Bank Employees' Association) released a list of 2,426 companies that have been categorised as 'wilful defaulters' with dues amounting to an astonishing Rs 1.47 lakh crore. Top 33 of these wilful defaulters, who owe Rs 500 crore or more, have defaults adding up to Rs 32, 737 crore.

Mehul Choksi's Gitanjali Gems and Jatin Mehta's Winsome Diamonds and Jewellery are among the top 10 defaulters. The top 10 defaulters also include ABG Shipyards, Rei Agro and Ruchi Soya, as per the AIBEA list released to mark the 51st anniversary of the nationalisation of banks.

Economic offender Mehul Choksi's Gitanjali Gems has the largest single loan default to the tune of Rs 4,644 crore to the Punjab National Bank, a part of the banking scam that hit India in 2018.