Central Bureau of Investigation has said 38 people involved in financial irregularities with banks fled from India between January 1, 2015, and December 12, 2019, Anurag Thakur said 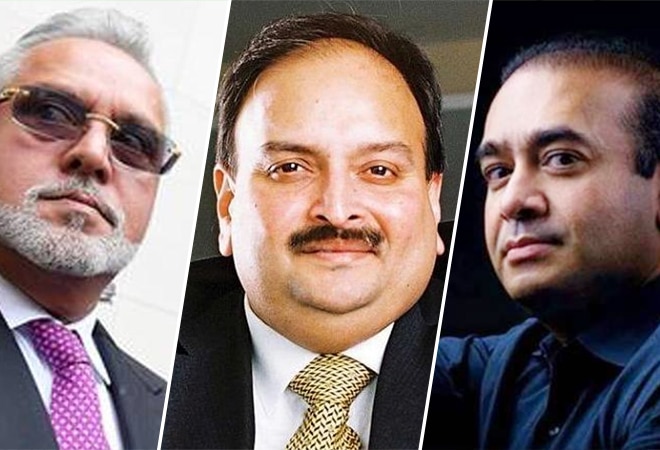 A total of 38 economic offenders, including Nirav Modi, Vijay Mallya, Mehul Choksi fled the country in the last five years, parliament was informed on Monday. Minister of State for Finance Anurag Thakur responded to a query by lawmaker Dean Kuriakose on whether the government has any data on businessmen who migrated to other countries after obtaining loans fraudulently in the last 5 years.

To which Thakur responded saying that the Central Bureau of Investigation (CBI) has said 38 people involved in financial irregularities with banks fled from India between January 1, 2015, and December 12, 2019.

Interpol has been approached to issue red corner notices (RCNs) against 20 persons out of these 38, Thakur said in a written reply in Lok Sabha.

He added that extradition requests were sent in respect of 14 people to various countries while applications under Fugitive Economic Offenders Act, 2018 have been filed against 11 people.

However, Thakur did not give the quantum of the fraud committed by these fugitives.

He further informed the members of the Lok Sabha that the government has implemented a slew of policies for preventing businessmen and individuals from fraudulently obtaining loans and fleeing the country.

The government, he said, has also advised the public sector banks to obtain a certified copy of the passport of promoters/directors and other authorised signatories of companies availing loan facilities of more than Rs 50 crore.

Besides, the Securities and Exchange Board of India (Sebi) has barred companies with wilful defaulters as promoters/directors from accessing capital markets to raise funds under the Substantial Acquisition of Shares and Takeovers (Second Amendment) Regulations, 2016.

Additionally, last year the government said that the Insolvency and Bankruptcy Code, 2016 debarred wilful defaulters from participating in the insolvency resolution process.

Heads of PSBs were also empowered to request for issue of Look Out Circulars (LOCs) for wilful defaulters.

Last month, the All India Bank Employees' Association (AIBEA) released a report in which it stated that India's biggest 2,426 wilful defaulters owe the banks an astounding Rs 1.47 lakh crore.

COVID-19 likely to become seasonal, but not yet, say scientists