The Gateway House report titled 'Digital Manufacturing in India' points out that for digital manufacturing to be truly successful in India, it must be adopted by essentially small and medium enterprises (SMEs), which comprise over 90 percent of India's industry 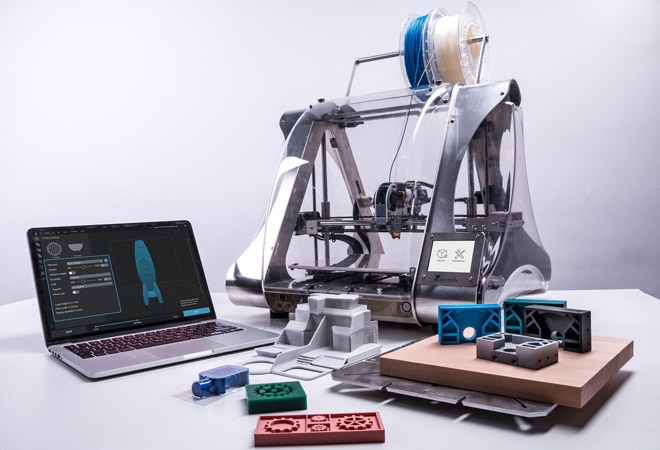 India should frame regulations for 3D printing (3DP) to take full advantage of the emerging opportunities in digital manufacturing, according to a recent report by Mumbai-based think-tank Gateway House.

The report calls for a comprehensive policy that covers purchase of 3D printers and scanners, manufacturing processes using 3D printers, quality of input material and final product, classification of computer-aided design (CAD)/digital file, product sale and distribution, including intermediary liability and a governing body and single window clearance for businesses.

Authored by Ambika Khanna, Senior Researcher, International Law Studies Programme, Gateway House, the chapter on 3DP regulations also calls for standardisation of 3DP by getting it included under Bureau of Indian Standards (BIS) and introducing compulsory registration scheme for printers.

"BIS should consider establishing separate standards for input units used in 3DP, in addition to standards for the final product. The Central Drugs Standard Control Organisation, which sets the standards for drugs that are manufactured in and imported into India, should set standards for 3D printed medical devices and drugs," it said. The report suggests that with India's increased focus on self-reliance, 3DP can be a game changer especially in critical sectors where India is heavily reliant on raw material or final product from countries such as China. "Sectors such as electronics, pharma, aviation or defence, can all be developed at home with a focus and clear policy on 3DP, with enormous benefit to the economy," it says.

The report titled 'Digital Manufacturing in India' also points out that for digital manufacturing to be truly successful in India, it must be adopted by essentially small and medium enterprises (SMEs), which comprise over 90 percent of India's industry. While Covid-19 pandemic has accelerated the process of digital manufacturing globally, digital adoption has outpaced global peers on many counts in India, the report says.

"The ecosystem for digital manufacturing in India, is now visible. It's not deep, as it is in the West or China, but is developing breadth and depth. Four elements of this ecosystem are in place: the digital infrastructure, government schemes, academic learning, and a burst of start-ups," it says.

According to the report, services, with digital manufacturing picking up, India is set to leave behind it's 'jugaad' or make-fix era, and step on to the stage, where both services and manufacturing will be a duet, feeding off each other.