'4 out of 10 will shut down': Coronavirus outbreak unsettles India's restaurants

Coronavirus lockdown has triggered an existential crisis for restaurants; many of them see no viability in reopening Thomas Fenn enters the restaurant with a couple of staff members to clean up the place - it's 42 degrees outside and the dogs who depend on leftover food from the street's eating joints have become thin and frail.

As he opens the door, sunrays enter the 48-seater hall and dust particles jump up to dance in the air.

All tables and chairs are kept in one corner. Instead of the babel of voices Fenn is familiar with in the 3,400 square foot area, there's untroubled silence - the restaurant has been shut for 55 days.

Fenn, 32 years old, is the founder of Mahabelly, a Malayali restaurant in the back lane of DLF Avenue mall in Delhi. The restaurant is popular and a favourite of many in the city.

While Thomas looks forward to opening up in the near future as restrictions ease, he is circumspect about viability of running the restaurant.

Lease rentals are very high and fixed costs will go up due to new sanitation and social distancing norms.

"I am expecting 4 out of 10 restaurants to shut down permanently," says Thomas as he explains the damage coronavirus lockdown has had on the industry.

All dine-in services have remained shut since March 25 when the lockdown began. The government has allowed them to open on June 8, but not all are in a position to kickstart operations.

Restaurants, until today, were only offering home delivery, either themselves or through food delivery platforms Swiggy and Zomato for sales.

Most restaurant owners, like Thomas, are worried about the future after being forced to shut shop for more than two months. 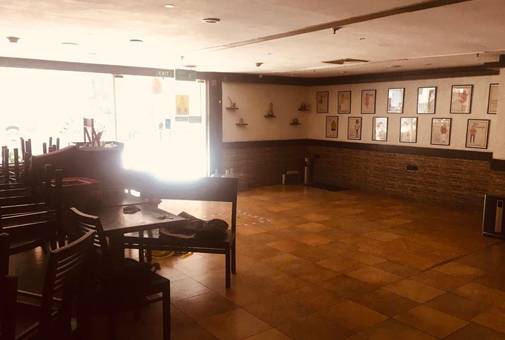 Restaurants operating in high-end market areas such as Delhi's Saket, Defence Colony and Khan Market are the worst hit because rents are much higher. Mall owners and landlords charge anywhere between Rs 100- Rs 300 per square foot. For a 50-seater restaurant, the rent can be anywhere between Rs 7-8 lakh per month.

"We've been trying to negotiate with our landlords for two-and-a-half to three months that if you want us to be there for long term, then you have to accept a fairer amount for rent lease," says Akriti Malhotra and Ankit Malhotra of Aku's Burger in Defence Colony.

"With the lease rentals, it will be very hard to make ends meet. The landlords will have to come up with some plan, because I don't see the government coming up with any plan," they add.

The high lease rentals, plus the social distancing norms, mean Ankit and Akriti will stop their dine-in services and only offer take-away and home delivery. They are currently operating from a central kitchen in Greater Kailash II for home deliveries.

Even though the union government has allowed restaurants to open and dine-in services to resume, there's little excitement among industry insiders. Instead, they dread the viability of the business altogether in the a new post-coronavirus reality.

"Many people have folded up already and we will formally get to know when the announcement comes to reopen. They did not have money to pay anything," Katriar says.

He also adds the coronavirus lockdown's impact has been across the board, which has affected both small and big players.

"Out of 10, three to four restaurants will never get up. They will die permanent death. And these won't be just standalone, they will be big chains too," he says.

The issue of lease rentals has hit a deadlock with mall owners and landlords playing a wait and watch game on how the situation unfolds, say industry insiders.

But just like restaurant owners, mall owners are also in a fix. Most malls operate on what's called lease rental discounting (LRD) from banks. These are term loans banks offer based on rent receipts. Under LRD, the money that's received as rent go directly to banks for EMI payments.

So, if mall owners lower the rent then they will have to top-up the EMIs themselves, they argue. Katriar says the NRAI, which is also in touch with Retailers Association of India, has written to 140 malls across the country to find a solution.

"The old commercial terms will not hold good, so we have initiated talks on behalf of our members with the management of malls and various other landlords. Everything we believe is a pain point we are taking up on behalf of industry," says Katriar.

Katriar says that not many malls were responsive initially.

"We sent out letters to landlords, which yielded no result. Not even a response from some of them. Few responded, others did not. Then we helped our members write individual e-mails. That also yielded very marginal results because landlords said unless they get relief from the banks they can't pass it on. Then finally about two weeks back, we decided to intervene directly. NRAI in its capacity as an association wrote to all the mall owners, about 140 of them, around the country. We have told them very clearly that we want to come and sit with you to resolve the issue on the rent for the lockdown period," says Katriar.

He insists malls and restaurants need to come to a model where their fortunes are interlinked with each other. The NRAI, accordingly, has pitched revenue-sharing as a model for mall owners.

"We proposed to them to get into a revenue share model going forward. Now malls have started responding, nobody has agreed on everything in entirety, which was anyway not expected but the movement has definitely begun with every big player. We have conveyed to them our inability to restart operations in absence of any such fresh understanding because nobody wants to burn further cash by opening with older terms in the new post-pandemic era," he adds.

"Today, as a restauranteur, I have no clarity, in terms of how my landlord is going to treat rent for the period of April, May and June. I don't know whether I have to pay full rent. If restaurants have to pay that rent, they'd probably just shut down," says Fenn of Mahabelly.

As much as the rent remains an issue, there are multiple other factors that'll challenge restaurants moving forward. To begin with, even though the central government has allowed restaurants to open on June 8, many states have decided to keep them shut amid rising coronavirus cases.

Maharashtra, Tamil Nadu, Rajasthan, Kerala will not open restaurants till the end of this month. 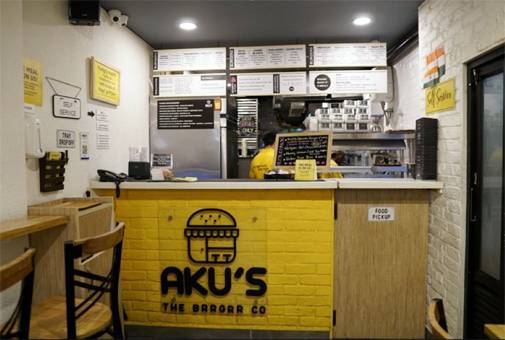 "State governments will decide whether they want to open or not. They will not open in states where there is a wide spread of the pandemic. So to think they open on June 8, I think it's a misnomer," says Gurbaxish Singh Kohli, Vice-President of the Federation of Hotel and Restaurant Association of India (FHRAI).

Industry insiders say the cross talk between the central government and the state governments must be resolved.

"There needs to be harmony between centre and states when it comes to guidelines. The centre has already issued guidelines about 8th of June, but the mandate will be that of states to open up considering their own containment zones," says Ashish Gupta, Consulting CEO, Federation of Associations in Indian Tourism and Hospitality (FAITH).

The major states/UTs that will allow restaurants to open on June 8 are Gujarat, Karnataka, Uttar Pradesh, Madhya Pradesh, Punjab, Goa, Delhi, West Bengal, among others.

However, that's just part of the problem, says Gupta. The bigger problem for most restaurants is starting from the scratch.

"The bigger challenge for the restaurant industry is they have to start from the scratch; managing the revenue between in-house and food delivery, redesigning the infrastructure to meet social distancing norms, convincing people for compliance and managing perception," says Gupta.

The nature of problems will also depend on whether the restaurants are free standing or located in a hotel. Restaurants located inside hotels depend on hotel guests for their business. With the hospitality and tourism sector in shambles, most hotels expect a negligible number of hotel guests in early days of reopening. So the restaurants in these hotels are unlikely to see any demand revival even after reopening.

"Hotel restaurants are the cost centre and revenue centre of the hotel. Their reliance will be on the hotel itself to open up. And for hotels there are more factors to consider when they are opening up," explains Gupta of FDAI.

Free standing or stand alone restaurants, such as those located in locality market areas face their own set of problems. "A big chunk of business for free standing hotels in urban areas often come from office employees. But with offices allowed to operate only with limited staff, there will be very little demand compared to pre-coronavirus days," says Gupta.

There's also an acute shortage of workforce in some states with a lot of migrant workers returning home.

Citing the example of Punjab, Kohli says many restaurant staff in the state are migrant workers who have returned to their native places after the lockdown.

"While it is very easy to say that from tomorrow, you will be allowed to operate. But where is my staff? How will the staff come back? I cannot operate without my staff, at least 60-70 per cent of restaurant workers have returned to their native places," he says.

While all these factors cast a shadow, one particular question playing in the minds of all stakeholders is: will people visit restaurants?

He says restaurants built on the 'hangout concept' will face greater challenges due to social distancing norms.

Mahabelly's Fenn fears drawing customers will be a big challenge considering the experience won't be the same as pre-coronavirus days.

"The customer at the end of the day has to feel safe to come out. The way we are modelling these hygiene protocols, they are quite restrictive. When you think about it, going to a restaurant where somebody is checking your temperature at the door. There will be no server coming next to you - it's a very sterile experience. If I was the customer I would say, well I don't want to go for such a sterile experience. That's not why I am paying money."