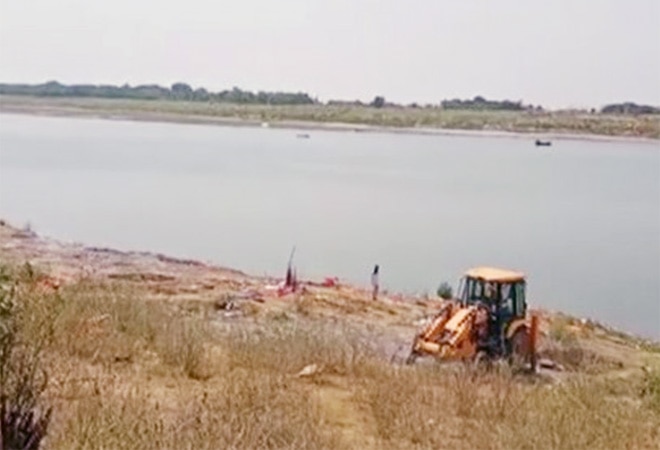 Bodies were also seen floating in Gahmar and Bara villages of Ghazipur, according to residents (Representational image)

Ballia district authorities have not disclosed the exact number of cadavers discovered. District Magistrate Aditi Singh said that some bodies have been found in very bad condition under the Ballia-Buxar bridge, adding that Subdivisional Magistrate and the circle officer are probing this incident. Singh further noted that funeral rites will be performed with due respect.

As per the Superintendent of Police Vipin Tada, the exact number of bodies discovered was not yet known. He added that seeing the wind direction, it looks like the bodies came from Bihar. Tada said, "The bodies were old. In Bihar, there is a tradition of disposing of dead bodies in the river."

Bodies were also seen floating in Gahmar and Bara villages of Ghazipur, according to residents. Besides this, at least 71 bodies were discovered from the Ganges in Bihar's Buxar.

Following these events, the Centre has asked states near the Ganges to make sure that no dead bodies are dumped in the river.

National Mission for Clean Ganga (NMCG) Director-General Rajiv Ranjan Mishra wrote in a letter to the chairpersons of the State Ganga committees, "Ensure strict vigilance along the length of the river within territorial jurisdiction of the district to prevent and check such future incidences of people dumping dead bodies in Ganga and its tributaries and of any other activity hazardous for river Ganga and health and hygiene of the area."

Direct supply of Covaxin to Maharashtra, Delhi, UP, 15 other states since May 1: Bharat Biotech