50,000 farmers camp at Delhi borders, more expected to reach ahead of Dec 14 protest

Number of protesters are expected to swell, as more farmer groups are heading to Delhi ahead of the nation-wide-sit-in protest on December 14 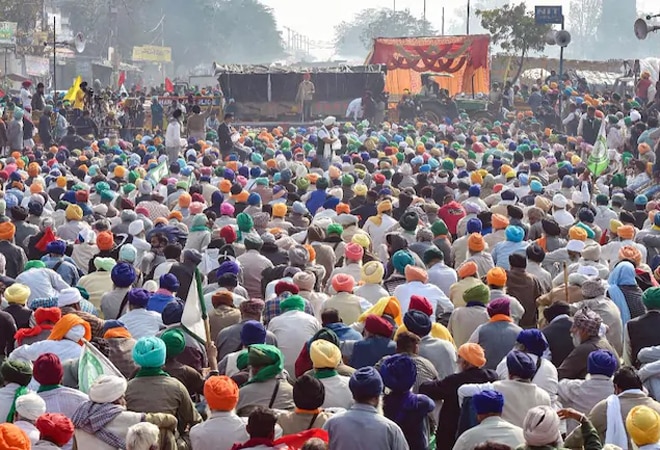 More than 50,000 farmers have gathered at the two major highways linking the national capital with the rest of the country at the Singhu and Tikri borders, as per estimates by security agencies.

Number of protesters are expected to swell, as more farmer groups are heading to Delhi from Punjab and other North Indian states, ahead of the nation-wide-sit-in protest on December 14.

Talks between the government and protesting farmers remained unfruitful on December 9 after which the farm unions called on the December 14 protest.

The Delhi Police lodged an FIR against the farmers at the Singhu border on Thursday for violation of social distancing rules under the Covid-19 protocol. Some farm leaders think this is an excuse to evict them from there, said an ET report.

Farmers have completely cornered the national capital and now the government is running low on options with their appeals to farmers to return home not cutting ice, economic activity suffering due to the protest and the inconvenience faced by the residents of Delhi-NCR.

The farmers are protesting against the recent bills of Farmers (Empowerment and Protection) Agreement of Price Assurance and Farm Services Act, 2020; Farmers Produce Trade and Commerce (Promotion and Facilitation) Act, 2020; and The Essential Commodities (Amendment) Act 2020.

Pfizer's Covid-19 vaccine gets emergency approval in US; Trump terms it 'medical miracle'