COVID-19 vaccine: About 19 vaccines are going to be globally available in the coming few weeks and months. Of this, about nine have already got emergency use authorisation 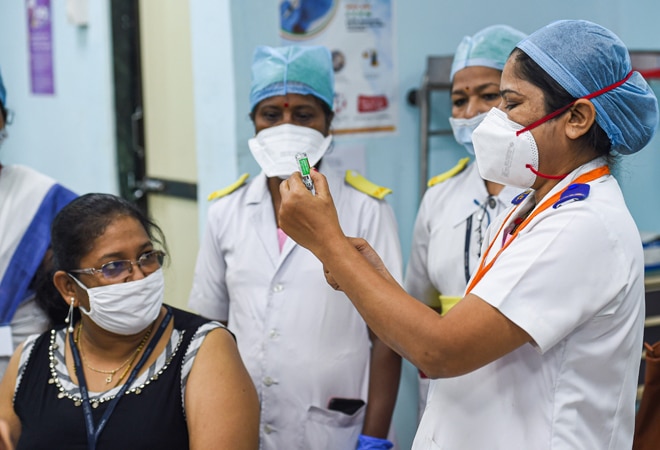 While many Indians are concerned about taking the two coronavirus vaccines already available, there is good news. A total of 63 coronavirus vaccines are in clinical development and another 173 are in pre-clinical development, according to the World Health Organisation's latest data. About 19 vaccines are going to be globally available in the coming few weeks and months. Of this, about nine have already got emergency use authorisation (EUA) from various country regulatory authorities.

Ease of taking jabs and choices

There will be more options as well. Of the 63 in clinical phase, 12 (19%) are going to be single dose vaccines. Majority or 38 vaccines (60%) will be in two doses, administered with an interval of 14/21/28 days. There will be a three-dose vaccine, India's DNA vaccine from Zydus Cadila, to be given with an interval of 0+28+56 days. Three will be administered through the oral route, but - 48 (76%) - most are intramuscular. Three vaccine developers are also trying the intra-dermal route of administration. About 19% of the developers are yet to reveal their dosages and route of administration.

Vaccine platforms are also in plenty. Protein subunit vaccines account for a major share, 20 (32%), (instead of injecting a whole pathogen to trigger an immune response, subunit vaccines administer purified pathogens, a traditional and less risky way of vaccine making). Another 10 (16%) are non-replicating harmless viral vectors, another commonly used and tested vaccine development platform. Another 9 are being developed through a similar traditional way of safe vaccine development with inactivated viruses. (Inactivated vaccines contain viruses whose genetic material has been destroyed by heat, chemicals or radiation so they cannot infect cells and replicate but can still trigger an immune response).

The modern way of vaccine making, with nucleic acid vaccines that use genetic material from a disease-causing virus or bacterium (a pathogen) to stimulate an immune response are also underway. Eight DNA and seven RNA vaccines are under development. Both DNA and RNA vaccines are relatively easy to produce, but the manufacturing process differs slightly. Pfizer and Moderna have already successfully commercialised their RNA vaccines,  platform untried before in mass vaccinations.

According to Regulatory Affairs Professional Society (RAPS) data as of January 21, the Pfizer-BioNTech's m-RNA vaccine has got maximum clearances so far, already approved by over 32 countries/geographies. A similar platform vaccine from US's Moderna has got approval in about a dozen countries. Astra Zeneca's Covishield has approval in about 15 countries, including India. Russia's Sputnik vaccine also has demand and has been approved by 13 countries and trials are going on in India as well. India's Covaxin has got the Indian approval and many other countries are evaluating for approval.

The 4-5 Chinese vaccines that were frontrunners and were much ahead in the race, are yet to be major choices and attraction for other countries. Sinovac's CoronaVac inactivated virus vaccine has been approved so far only by Bolivia, Turkey, Indonesia and Brazil, other than China. Sinopharm's second vaccine, developed with Beijing Institute of Biological Products and named as BBIBP-CorV, has approval in Bahrain, United Arab Emirates, Egypt, Jordan, Iraq, Pakistan and Serbia, other than in China. Sinopharm's third, an unnamed inactivated vaccine developed with Wuhan Institute, is yet to get approval outside China.

Russia has approved a second vaccine, a peptide platform vaccine, made by the Federal Budgetary Research Institution State Research Center of Virology and Biotechnology, but is yet to sell outside the country.