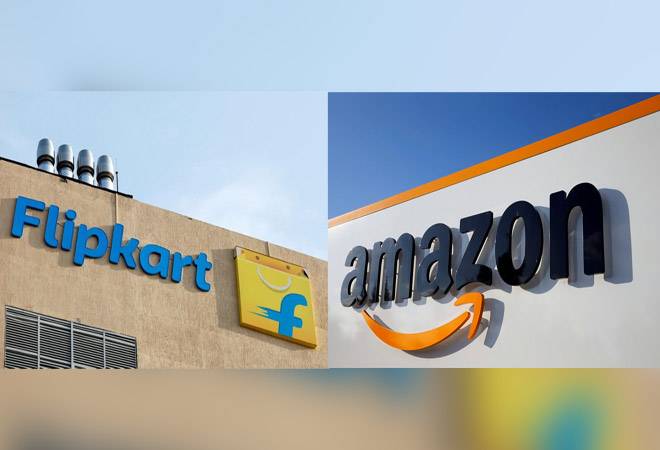 India is likely to demand online retailers like Amazon and Flipkart to display the country of origin against products listed on their e-commerce platforms. The move is part of India's policy measures targeting Chinese goods after recent border clashes.

Display of country of origin is expected to influence consumer preference for locally-manufactured items as 'Boycott China' chorus grows louder.

Retail sector experts, however, say local products need to be cost competitive and good quality to generate consumer interest. Anti-China sentiments would soon dissipate and so would calls for Swadeshi, they reckon.

Traders' lobby group Confederation of All India Traders (CAIT) and small manufacturers under the banner of Federation of Indian Micro and Small & Medium Enterprises (FISME) had proposed to make display of country of origin mandatory while giving their suggestions on e-commerce policy.

"We have received suggestions. As you know the policy is not yet finalised but our priority is to cut unnecessary imports and boost local manufacturing. We will take all possible steps to promote local industry," said an official.

"We are planning to discuss with all e-commerce entities to see what needs to be done in this regard," he added.

The official spokesperson of the Commerce Ministry declined to comment as the policy is not final as yet.

The industry bodies claim that as much as 70% of items sold on Amazon and Flipkart are of Chinese origin. They claim local manufacturers are not benefitting from the boom in the e-commerce sector.

Domestic manufacturers hope to gain if the country of origin is made mandatory on products since consumers would not mind paying a little more for locally-manufactured items.

Avneet Singh Marwah, Director and CEO, Super Plastronics Pvt Ltd (SPPL) which is the exclusive brand licensee of Kodak TV in India says that the proposed move to mandate e-commerce players to display information about country of origin will help his company.

"We have invested so much on creating manufacturing facility in India. We are not trading. We are manufacturing and giving so much employment to people. The local manufacturers must be given some benefits," Marwah says.

In a significant development, the government on Tuesday made it mandatory for sellers to enter the country of origin while registering all new products on GeM (Government e-marketplace) portal.

While an official statement says that GeM has taken the step to promote 'Make in India' and 'Aatma Nirbhar Bharat', the decision is largely being seen as a targeted action on Chinese goods.

India has a huge trade deficit with China and the government wants to cut it substantially through import substitution. India imported goods worth $65.1 billion in FY20 from China while its exports to the neighbouring country stood at $16.6 billion.