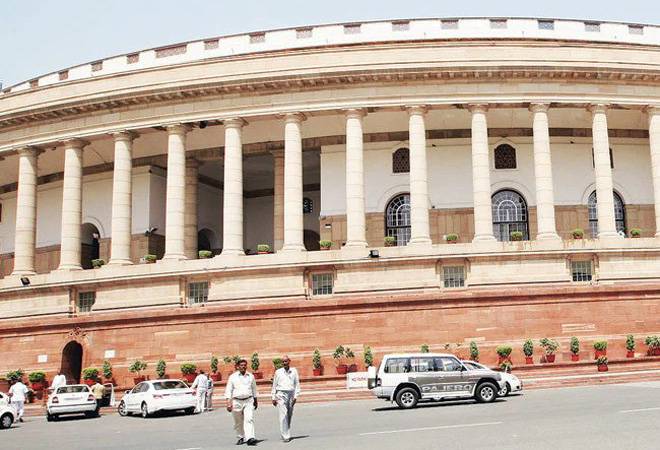 The Aadhaar and Other Laws (Amendment) Bill, 2019 was passed in Rajya Sabha by a voice vote, although many parties including the Trinamool Congress and DMK opposed it citing various reasons, including apprehensions of data theft.

Few were expecting first face-off between BJP & Congress, but after token resistance, Rajya Sabha passed an amendment bill which allows voluntary use of Aadhaar as proof of identity for users to open bank accounts and get mobile phone connections.

The Aadhaar and Other Laws (Amendment) Bill, 2019 was passed in Rajya Sabha by a voice vote, although many parties including the Trinamool Congress and DMK opposed it citing various reasons, including apprehensions of data theft. The amendment bill, which also provides for a stiff Rs 1 crore penalty and a jail term for private entities for violating provisions on Aadhaar data, was earlier passed by Lok Sabha on July 4. The bill was introduced on June 24 to replace an ordinance issued in March 2019.

The amendments provide for use of Aadhaar number for KYC authentication on voluntary basis under the Telegraph Act, 1885, and the Prevention of Money Laundering Act, 2002. Put simply, this means it will allow voluntary use of Aadhaar number for authentication and as identity proof in opening bank accounts as well as procuring mobile phone connections. It also gives option to children to exit from the biometric ID programme on attaining 18 years of age, while stipulating stiff penalties for violation of norms set for the use of Aadhaar and violation of privacy.

Replying to a debate on the matter, Information & Technology Minister Ravi Shankar Prasad said Aadhaar was a foolproof system and over 123 crore people were currently using it in the country. Allaying fears of Opposition on data leakages, he said the Aadhaar system had enough safeguards to ensure privacy of the cardholder. Displaying his personal Aadhaar card in the House, the minister said it only discloses his name, father's name, date of birth, residential address and does not give out any information on medical records or details of caste, religion and community.

In an attempt to convince the members, Prasad said that Aadhaar data can only be shared when there is a threat to national security or there is a court order. "For banks, it needs 256-bit inscription and for Aadhaar data it is 2,048-bit encryption, which is safe and secure and would not be breached," Prasad noted. He added that the government has saved Rs 1.41 lakh crore due to Aadhaar and removed 4.23 crore and 2.98 crore bogus LPG connections and ration cards respectively. The government has cancelled licences of around 50,000 Aadhaar centre operators out of the total strength of six lakh for various violations, Prasad said.

Replying to the Opposition charges that the bill was brought to circumvent an SC order on the Aadhaar issue, Prasad said Parliament has the full right to formulate a new law. "This house and that house (Rajya Sabha and Lok Sabha) have powers to undo a judgement by removing the basis of the judgement," he added. On bringing the data protection law, he added that "it is a work in progress". This is a key demand from Opposition, as Abhishek Manu Singhvi from Congress asked the govt that what is the hurry for govt to bring this amendment bill without bringing data safety bill first. He assured the house that the government is bringing a comprehensive law after consulting the stakeholders on justice Srikrishna Committee report.

Opposing the bill, TKS Elangovan (DMK) alleged it has been "brought just to supersede the Supreme Court judgement. It is out of anger that the government has brought the bill." V Vijaysai Reddy (YSRCP) pointed out various "loopholes" in the bill but said his party is supporting the bill "out of compulsion". Congress leader Abhishek Manu Singhvi questioned the government's seriousness.

Singhvi said Aadhaar collected the most sensitive data and the government failed to come up with a legislation to protect the data and instead wanted to just amend the Aadhaar. He said the Supreme Court has said several times that it is only for service, benefit and subsidy and people below the poverty line, who are beneficiaries of many subsidy schemes, can also opt out of Aadhaar.