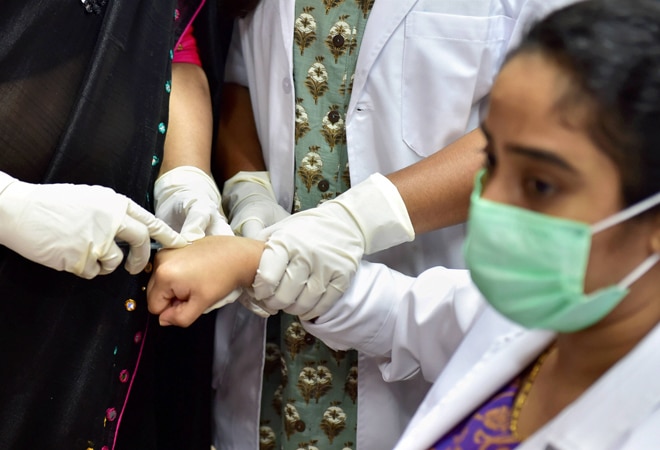 A group of African, Caribbean, and Pacific countries have supported India for supplying COVID-19 vaccines to different developing and least developed nations.

During a discussion at the WTO (World Trade Organisation), a group of Latin American member states including Colombia, Costa Rica, Ecuador, Panama and Paraguay have also expressed their concerns on the export restrictions imposed by European Union on COVID-19 vaccines and their trade distorting impact.

St. Lucia, on behalf of CARICOM group of countries expressed appreciation and thanked India and South Africa for vaccine supplies to them.

CARICOM is a grouping of Caribbean countries that includes Antigua and Barbuda, the Bahamas, Belize, Guyana, Jamaica, Haiti, and Saint Lucia.

"We thank the Government of India and South Africa as well as the African Union for their generosity and solidarity at this time. The Government of India, through the generosity of Prime Minister Narendra Modi has donated an initial instalment of 1,70,000 vaccines to Barbados and Dominica through bilateral arrangements," St. Lucia has said adding that India has dispatched an additional 1,75,000 vaccines to five CARICOM member states.

Similarly, in its intervention, Jamaica, on behalf of ACP (African, Caribbean and Pacific) Group of countries, also thanked Indian efforts in delivering vaccine supplies to developing and least-developed countries (LDCs).

Jamaica has said: "There is absolutely no place for vaccine nationalism in this crisis, as no member is spared the impact of the virus until all members are able to contain its spread. Therefore, we recognize the efforts of countries such as India and South Africa that have arranged delivery of vaccines to many developing countries and LDCs."

Also read: Accenture to cover cost of COVID-19 vaccine of its employees