The Supreme Court bench ordered telecom companies to pay their AGR dues immediately, putting an end to all hopes of relief in the matter 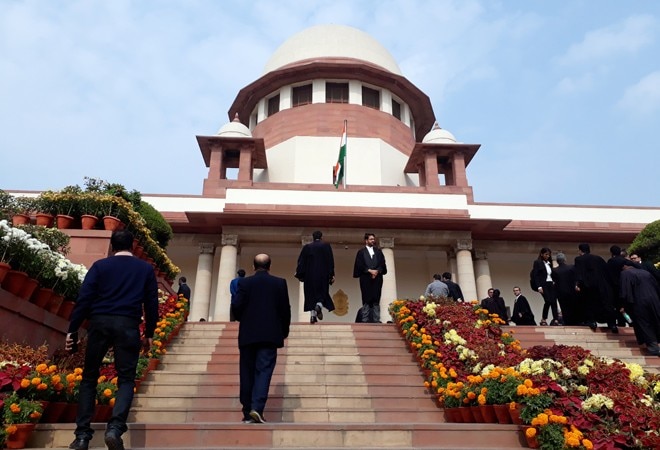 Telcos awaiting some relief from Supreme Court had a rude awakening

Telecom companies faced the ire of Supreme Court on Friday over non-payment of Adjusted Gross Revenue (AGR) dues. An apex court bench, comprising Justice Arun Mishra, Justice S Abdul Nazeer and Justice MR Shah, noted that the "companies have violated the order passed by this court in pith and substance" by not paying their AGR dues. The bench also initiated contempt proceedings against a desk officer who passed a 'no coercive action' order against telcos if they fail to pay the dues within the stipulated time frame.

The Supreme Court was hearing pleas by telecom companies, including Bharti Airtel, Vodafone Idea and Tata Teleservices, seeking a new schedule of payment of statutory dues to the tune of Rs 1.47 lakh crore. The top court has already turned down their request for relief in the AGR case.

Justice Arun Mishra, who led the bench, said he was anguished over the turn of events in the matter. He was elevated to the position of Supreme Court Judge on July 7, 2014. Before that, he had worked as the Chief Justice of Calcutta High Court and Rajasthan High Court. Earlier, he was the Administrative Judge of Madhya Pradesh High Court. According to the Supreme Court website, he decided around 97,000 cases as Judge of these three high courts.

On the same day as the hearing on telcos' AGR plea, Justice Mishra heard the plea by auto dealers' association, Federation of Automobile Dealers Associations, seeking an extension on the deadline for sale of BS-IV compliant vehicles. He, along with Justice Deepak Gupta, ruled that the deadline will not be extended by "even one day".

Justice S Abdul Nazeer, another judge on the bench hearing the AGR case, was elevated to the Supreme Court from Karnataka High Court on February 17, 2017. He was on the 5-member Constitution Bench that delivered the historic judgement on Ayodhya land dispute in November last year. The unanimous verdict gave the possession of the disputed 2.77-acre land to the deity Ram Lalla.

Justice Nazeer was also part of the Supreme Court bench that held the practice of 'triple talaq' among Muslims illegal and unconstitutional. In the 3:2 verdict, he was part of the minority verdict, along with then Chief Justice of India JS Khehar.

Justice Nazeer was also part of Supreme Court's nine-member bench in August 2017 that declared the right to privacy as a fundamental right.

Justice Mukeshkumar Rasikbhai Shah, the third judge on the bench hearing telcos' AGR pleas, was elevated to the Supreme Court on November 2, 2018. Earlier he was the Chief Justice of Patna High Court.

AGR case: What the telcos wanted vs what they got