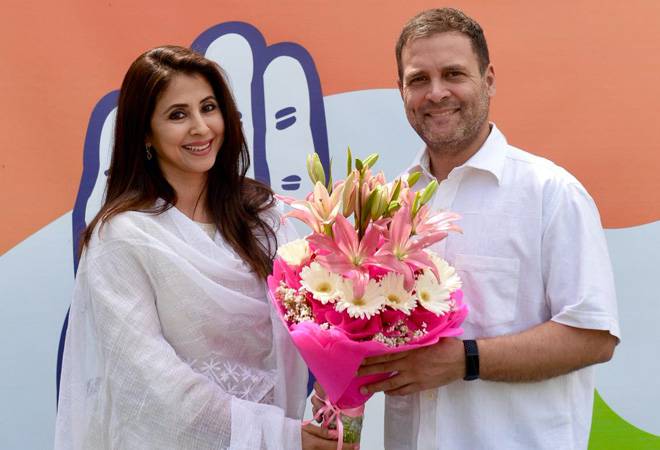 Gandhi welcomed her in the party fold and wished her the best.

Later, at a press conference, Congress chief spokesperson Randeep Surjewala said the actor will contribute in spreading the Congress ideology and strengthening the party.

"I am here because I believe in the ideology of Congress and what the party stands for. I have not joined the party for the sake of elections," she told reporters.

"I am here to stay," she said, adding her entry in the Congress was not about elections.

The Bollywood actor is speculated to contest the Lok Sabha election from the Mumbai North Lok Sabha constituency.

"Today is a significant day for me as I have formally entered politics. My life has been inspired by Mahatma Gandhi from the days of my childhood," she also said.

Matondkar also lauded the leadership of Gandhi. She said he is the one who takes everyone along and such a leader is required in today's times.

Surjewala said the actor met Gandhi and expressed her solidarity in the Congress ideals and principles.

"She has been an inspiration for the youth on how with your hard work, commitment and talent, she has won the hearts of many and achieved a lot," Surjewala said.

Mumbai Regional Congress Committee chief Milind Deora and his predecessor Sanjay Nirupam were also present during her joining and both welcomed her into the party fold.