Air india Express crash in Kozhikode: India's director general of civil aviation Arun Kumar said on Sunday that the transcripts from the black box will be soon recovered 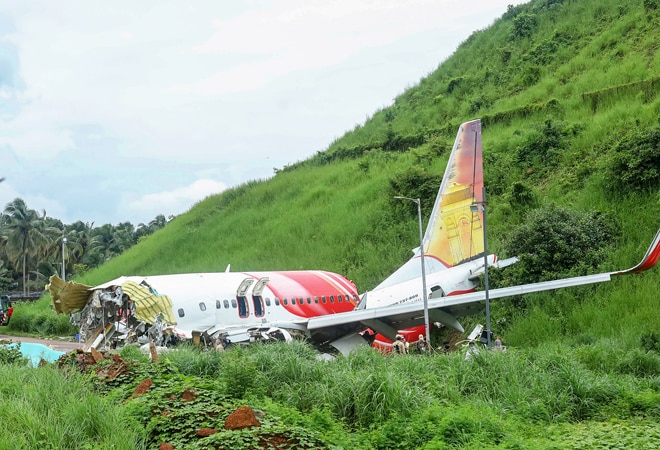 A technical team of Boeing Co is likely to examine the debris of the Air India Express 787-800 jetliner that crashed in Kozhikode on Friday. The Dubai-Kozhikode plane skidded off the tabletop runway while landing.

The company said that it is in touch with Air India and is offering support.

Boeing had also said in a statement, "Boeing is prepared to provide a technical team to assist the US National Transportation Safety Board, in accordance with ICAO Annex 13 guidelines, as the Directorate General of Civil Aviation (DGCA) of India conducts its investigation. We extend our deepest condolences to the families and friends of those who lost their lives in the Air India Express accident at Kozhikode International Airport. Our thoughts are also with the passengers and crew who were injured, and we hope for their swift recovery."

India's director general of civil aviation Arun Kumar said on Sunday that the transcripts from the black box will be soon recovered. He added that they would also ask Boeing to examine the aircraft for defects. "We are also going to talk to Boeing to examine the aircraft's original equipment and check for defects. Only after conducting a thorough and unbiased probe, can we tell what exactly happened," Kumar told ANI. The black box was brought back from the crash site to DGCA's laboratory in Delhi.

"Deeply anguished & distressed at the air accident in Kozhikode. The Air India Express flight number AXB-1344 on its way from Dubai to Kozhikode with 191 persons on board, overshot the runway in rainy conditions & went down 35 ft. into a slope before breaking up into two pieces," Aviation Minister Hardeep Singh Puri had said after the crash. The flight had 190 people, including 174 passengers, 10 infants, four cabin crew and two pilots. At least 18 people have lost their lives.