Six people, mostly youngsters, committed suicide due to non-availability of alcohol in three days, while Covid-19 has so far killed two elderly in the state 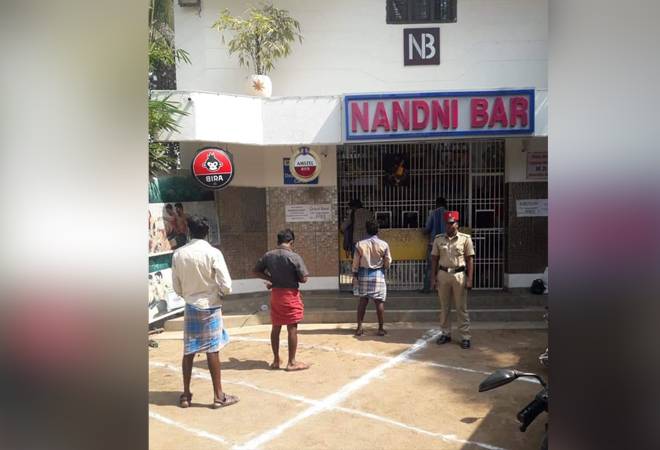 Kerala is estimated to have around 1.6 million alcoholics. Almost 45 percent of them are chronic alcoholics

Kerala, which has been battling coronavirus for two months has seen just   two deaths from the infection so far, but within three days of non-availability of liquor due to lockdown, more than six people, mostly youngsters below 40, have committed suicide. Many are also admitted in de-addiction centres. To deal with the situation, the state government has directed the excise department to serve liquor to chronic alcoholics based on doctor's prescription.

According to a government order issued to the excise commissioner, Director General of Police, Managing Director of the Kerala State Bevarages Corporation and the health department, the Beverage Corporation authorities must issue limited quantities of Indian Made Foreign Liquor (IMFL) to those who are in possession of the 'passes'.

The guidelines explained in the order say those having 'alcohol withdrawal symptoms' can approach the outpatient department of any government run hospital, including medical colleges. The consulting doctor can issue a prescription or 'opinion' in writing certifying that the patient is having withdrawal symptoms. Once the prescription is submitted to the excise department range or circle office, along with an application in prescribed format and government provided identity proofs, the 'pass' can be issued by the concerned authority. It is the duty of the excise office to inform the Managing Director of the Kerala State Beverages Corporation on the permit given to each and every patient. They also have to provide permissible levels of IMFL as per the 'Abkari Act' of Kerala. However, the order specifically says that the corporation should inform the excise department on the quantities provided everyday.

Kerala had a record Rs 14,508 crore liquor sales in 2018-19 and the revenue of the government from state excise during the period was Rs. 2,521 crore. The state is estimated to have around 1.6 million alcoholics. Almost 45 percent of them are chronic alcoholics, say psychiatrists and social scientists.

Meanwhile, the Kerala Government Medical Officers Association (KGMOA) is opposing the move as the order is against the dignity and ethics of their profession. Alcohol is not a medicine and it cannot be prescribed to any patient, they say. The government order says it is up to the discretion of the doctor whether to recommend the pass or not.

Although Kerala announced lockdown few days before the central government, the state had allowed bars and beverages outlets to run until a few days ago, citing the repercussions a complete alcohol ban.

But with coronavirus spreading fast in some of the northern districts and people not adhering to the government request to remain indoors, the State was forced to close all bars, liquor outlets and toddy shops. Further, after the complete ban, various police and excise teams have seized thousands of litres of illicit liquor and arrested many people for distilling the brew.