JSW Steel was supposed to make payment before March 16 for the acquisition, but it has been delayed as the former promoter Sanjay Singhal filed a petition against the takeover at the Supreme Court 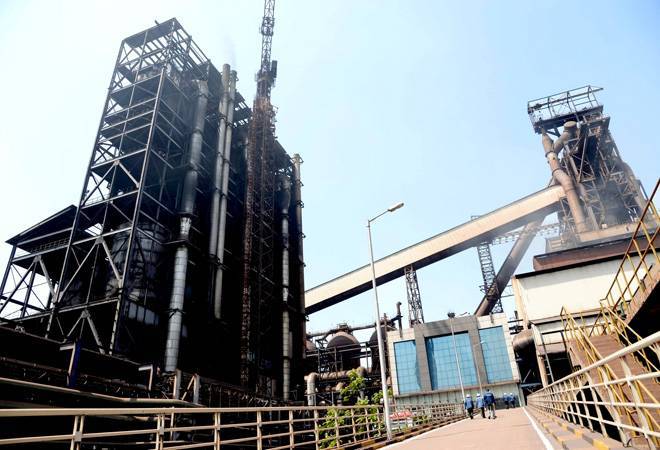 JSW Steel's Rs 19,700-crore acquisition plan for Bhushan Power and Steel (BPSL) may hit another roadblock as the commodity market conditions are going haywire in the country. The primary consumers of steel -- automobile and realty sectors -- have been in deep trouble since coronavirus spread across the world. There would be no clarity on steel demand for at least next one year, said industry experts.

Indian steelmakers are expected to face a reduction in revenue and profit as they lost at least a week of production in this quarter because of the national lockdown, said experts. "In the coming quarter, the situation is going to be severe for the steelmakers as no end is visible to this problem," said a Mumbai-based executive.

To avoid the high debt burden on its books, JSW Steel has been planning to keep BPSL in a special purpose vehicle (SPV). The steel major also wanted to rope in a strategic investor in the SPV. The company has already tied up with the banks for raising the debt in the SPV.

JSW's net debt stood at Rs 49,500 crore at the end of December. The net debt to equity ratio stood at 1.35 times, compared with 1.36 times in the previous quarter. Net debt to EBITDA jumped to 3.71 times against 3.23 times in the September quarter.

JSW Steel was supposed to make payment before March 16 for the acquisition, but it has been delayed as the former promoter Sanjay Singhal filed a petition against the takeover at the Supreme Court. The apex court has scheduled the hearing for April 15.

"We are not sure how long the legal process will go on and when JSW will make payment," said a banker. Since the industry is entering into a bad phase, it will be difficult for JSW to go for such a big-ticket acquisition, he added.

As the BPSL matter is sub-Judice and relying upon the said proceedings before the Supreme Court, we have been legally advised that it is not obligatory to implement the Resolution Plan during the pendency of appeals, said JSW Steel spokesperson. "Hence in the aforesaid circumstances, it is incorrect to state that JSW Steel has missed any payment deadline," he added.

The resolution process started in BPSL in mid-2017, when RBI asked the banks to file insolvency petition against 12 major defaulted companies. The appellate tribunal, in February, had permitted JSW Steel to acquire the bankrupt company and granted it immunity from prosecution by the Enforcement Directorate (ED). JSW Steel's deal to acquire BPSL ran into rough weather earlier since ED seized the bankrupt firm's assets in connection with a money-laundering probe against Singal.

The major relief came for Jindal after the government in December 2019 made changes in the Insolvency and Bankruptcy Code (IBC), providing protection to buyers from criminal proceedings against previous promoters of the bankrupt firm. It introduced Section 32A to the IBC, giving immunity to the new management.

The asset has been hotly contested with JSW submitting a bid higher than that of Tata and Liberty House much later in the process. JSW's first bid price was Rs 11,000 crore in February 2018. Tata Steel contested the other deals earlier at the tribunal.

Also Read: How is COVID-19 patient transported to hospital? Here's the process