Amid 'love jihad row', this BJP-ruled state is giving Rs 50,000 to couples for inter-faith marriage

BJP-ruled states like Haryana, Madhya Pradesh, Uttar Pradesh, and Karnataka have said they will introduce new laws against religious conversion in the name of "love jihad", a term coined by right-wing outfits opposing inter-faith marriages 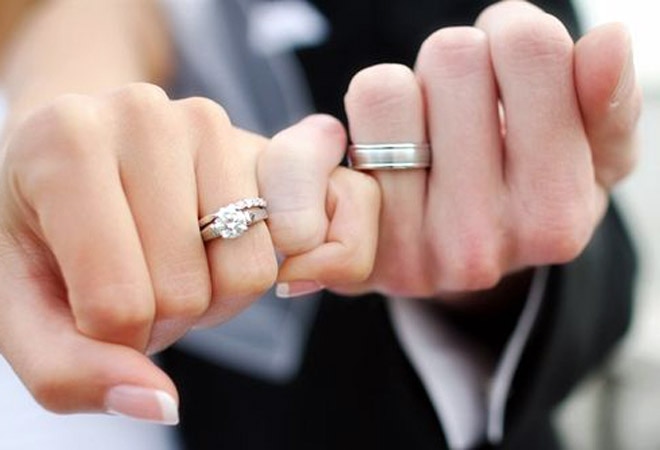 At a time when several BJP-ruled states are contemplating to enact a strict law against "love Jihad", the Uttarakhand government has decided to pay Rs 50,000 to inter-caste and inter-faith couples to encourage such marriages.

According to Uttarakhand's Social Welfare Department, the cash incentives will be given to all legally registered inter-faith couples. Dipankar Ghildiyal, Tehri's social welfare officer, said the eligible couples can apply for the cash incentive till one year after the marriage.

Earlier, the Uttarakhand government used to give Rs 10,000 as an incentive to inter-caste and inter-faith couples. Now, the amount has been increased to Rs 50,000 through an amendment in the Uttar Pradesh Antarjatiya/Antardharmik Vivah Protsahan Niyamawali, 1976.

Meanwhile, other states ruled by Bharatiya Janata Party (BJP), like Haryana, Madhya Pradesh, Uttar Pradesh, and Karnataka have said they will introduce new laws against religious conversion in the name of "love jihad", a term coined by right-wing outfits opposing inter-faith marriages.

On Friday, Union minister Giriraj Singh favoured the enactment of legislation in Bihar against love jihad. Singh said, "Love jihad has come to be realised as a menace in all states across the country - not just among Hindus but among all non-Muslims. In Kerala where Christians have a large population, members of the community have raised concern over this phenomenon".

Meanwhile, the Uttar Pradesh home department has sent a proposal to the state's law ministry for a stringent law to deal with the alleged religious conversion of women in the name of marriage. Additionally, Madhya Pradesh is planning to introduce Dharma Swatantrya (Religious Freedom) Bill 2020 in the next session of the state Assembly in view of the rising incidents of "love jihad". The bill proposes rigorous imprisonment for the period of five years for luring a person through fraud and forcing marriage by religious conversion.

Haryana home minister Anil Vij said the state government has also intended to constitute a committee of officials to study and draft law against love-jihad. Also, BJP national general secretary CT Ravi said that a ban on "love jihad" and cow slaughter would be a reality in Karnataka very soon.(With PTI inputs)