Sectors that would be the focus of discussion are hospitality, textile and real estate. Measures to boost the micro, small and medium enterprises (MSMEs), one of the worst affected sectors, would also be discussed 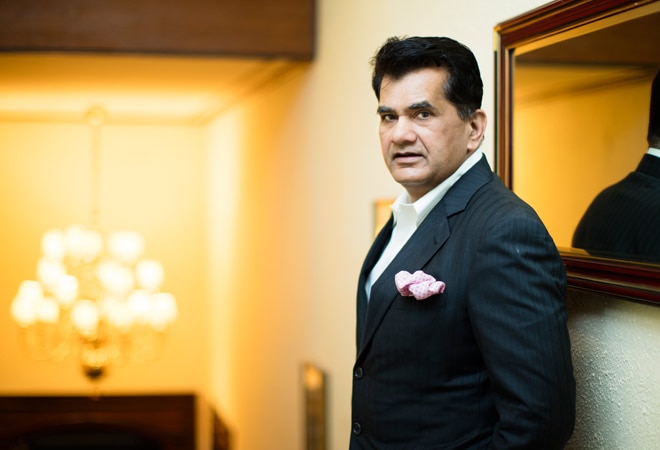 Amid demand for second round of stimulus, the empowered group headed by NITI Aayog CEO Amitabh Kant would meet industry executives of private sector on Tuesday to discuss measures to boost pandemic-hit sectors.

The high-level meeting is being seen as ongoing exercise to take inputs from industry for stimulus 2.0.

"We will detail the stress faced by various sectors. We hope government comes up with measures to address the concerns of the industry sooner than later," said an industry executive associated with a leading industry body.

"The empowered group wants to know how various sectors have responded so far to the economic measures announced earlier and what steps need to be taken to revive them," he added.

Some of the sectors that would be the focus of discussion are hospitality, textile and real estate. Measures to boost the micro, small and medium enterprises (MSMEs), one of the worst affected sectors, would also be discussed.

Many economists and public policy experts have pitched for another round of fiscal stimulus worth at least 2 per cent of GDP to put economy on growth path and protect jobs. While government has indicated that it will announce fresh set of measures once coronavirus pandemic stabilises in the country or shows signs of abatement, some economists have argued for stimulus given the current state of economy.

The GDP fell 23.9 per cent in April-June quarter, recording worst performance in many decades. Research and rating agencies have predicted negative growth and revised their previous projection further downward. Global research firm Goldman Sachs expects real GDP growth to contract 14.8 per cent in FY21 against its earlier estimate of 11.8 per cent contraction in this period.

Suvodeep Rakshit, Vice President and Senior Economist at Kotak Institutional Equities, said government should be focussing on reforms and capital expenditure to help the economy rebound.