Anti-CAB protests in Assam: PM Modi said that he wants to assure the people of the state that they have nothing to worry about the passing of Citizenship Amendment Bill 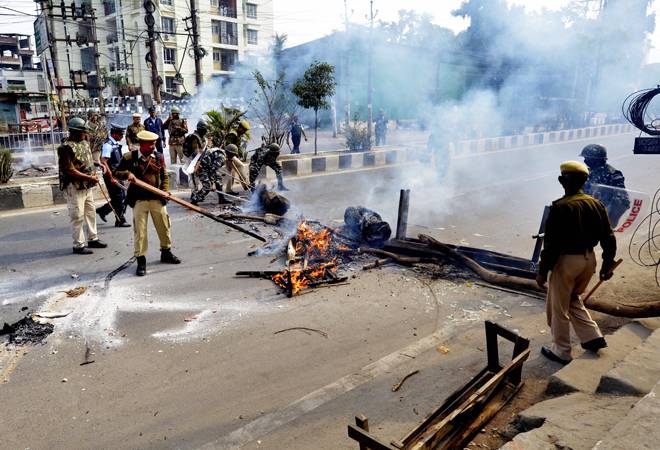 All private airlines have cancelled flights and offered full refund of the ticket fares to Assam amid the growing protests against the Citizenship Amendment Bill (CAB) that was passed by the Rajya Sabha on Wednesday evening.

Flights to Guwahati, Dibrugarh and Jorhat are being cancelled and the airlines are offering fee waiver for bookings till December 13. "Due to the ongoing unrest situation in Assam, we're offering rescheduling/cancellation fee waiver (fare difference, if any, is applicable) to the passengers travelling to/from Guwahati, Dibrugarh and Jorhat till 13th Dec, 2019," stated IndiGo.

The airline later mentioned that flights to and from Dibrugarh have been cancelled for December 12.

Due to prevailing situation in Assam, flights to/from Dibrugarh are cancelled for today (12th Dec, 2019). Please visit Plan B https://t.co/DSSJqiVQRK to choose an alternate flight or get a refund. For assistance, contact us on Twitter/Facebook. https://t.co/ATa9FupUaB

"Due to ongoing unrest in Assam, SpiceJet is offering full refund and waiver of cancellation/change fee (Fare Difference applicable) for all flights to/from Guwahati and Dibrugarh for travel till December 13th, 2019," stated SpiceJet. It also urged passengers travelling to and from these airports to keep a check on their flight status.

#TravelUpdate Due to ongoing unrest in Assam, SpiceJet is offering full refund and waiver of cancellation/change fee (Fare Difference applicable) for all flights to/from Guwahati and Dibrugarh for travel till December 13th, 2019. 1/2

GoAir also stated that they are offering fee waiver on cancellation and rescheduling of flights to and from Guwahati till December 13.

#GoAlert: Due to the ongoing unrest situation in #Assam, we're offering fee waiver on cancellation/rescheduling (fare difference, if any,will be applicable) to our customers flying to/from #GAU till 13th Dec'19. Reach out to us on FB, Twitter or call us at 18602100999.

Vistara issued the same alert and said that so far flights to and from Dibrugarh and Guwahati are operating as per schedule.

#TravelUpdate Due to the ongoing unrest in Assam, we are waiving rescheduling/cancellation fee to the customers travelling to and from Guwahati and Dibrugarh till Dec 13, 2019. Fare difference if any, will be applicable. Thank you.

Guwahati was placed under indefinite curfew on Wednesday night while the Army was called in at four places. Assam Rifles personnel were deployed in Tripura as well amid anti-CAB protests.

"I want to assure my brothers and sisters of Assam that they have nothing to worry after the passing of CAB. I want to assure them - no one can take away your rights, unique identity and beautiful culture. It will continue to flourish and grow. The Central Government and I are totally committed to constitutionally safeguard the political, linguistic, cultural and land rights of the Assamese people as per the spirit of Clause 6," said Prime Minister Narendra Modi in a series of tweets.