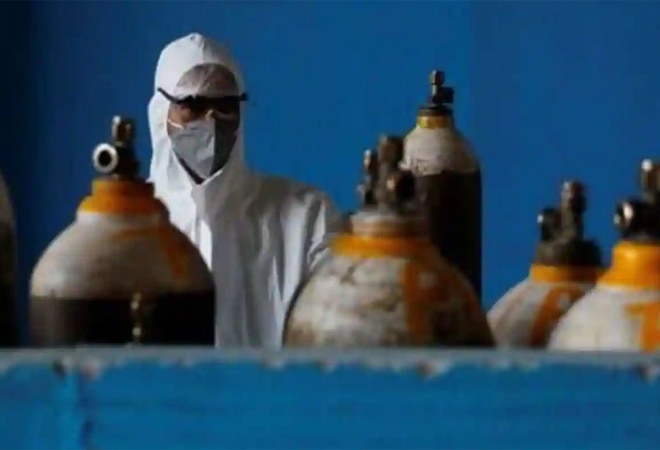 Delhi High Court said on Friday that if anyone obstructs oxygen supply, the court will not spare them. The court was hearing a hospital's petition over the shortage of medical oxygen for severely ill COVID-19 patients.

"If we don't get 480 metric tonnes (of oxygen), the system will collapse. We have seen in the last 24 hours. Something disastrous will happen," the Arvind Kejriwal-led state government told the court. The state government received only received 297 metric tonnes of medical oxygen yesterday. The Delhi government has sought a detailed affidavit from the Centre that contains details of oxygen allocation and supply schedule. "When will Delhi get 480 metric tonnes? Please tell us that," the Delhi High Court asked Centre.

The High Court has asked the Delhi government to provide one instance of someone who was blocking oxygen supply. The court has also asked the state government to inform the Centre about such officials of the local administration in order for it to take actions against such people.

On Saturday, the Centre put the blame back on the Delhi government. The Centre told the court, "States are arranging from tankers to everything. We are just assisting them. But in Delhi, everything is put on us. Delhi officials have to do their job".

"I know my responsibility. I know many things but not saying anything. Let's try and not be a cry baby," Solicitor General Tushar Mehta said while replying to Delhi government lawyer Rahul Mehra's complaint which stated that the Centre was not complying with the guidelines for oxygen allocation. "We are not fighting elections," Mehta said in court.

Earlier on Friday night, 25 people died at the Jaipur Golden Hospital in Delhi due to oxygen shortage, a top official stated, according to the news channel. The hospital of one of several which had approached the Delhi High Court regarding the oxygen crisis in the national capital.