Under Article 370, the laws passed by Parliament had to be ratified by the Jammu and Kashmir assembly to be made laws in the state. This caused not only delays, but mismatch too 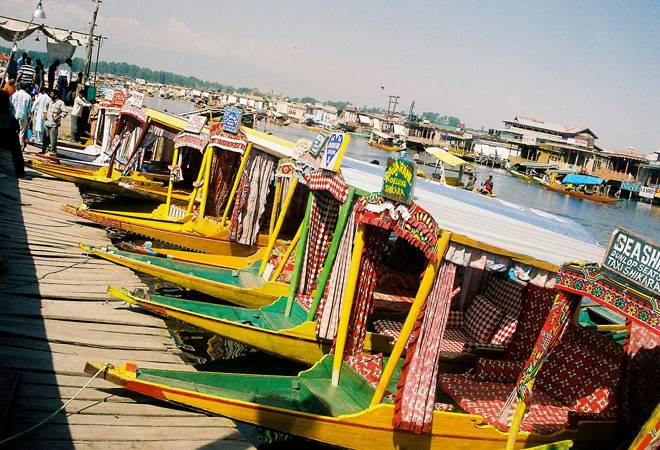 Revoking Article 370 to integrate Jammu and Kashmir with rest of India is expected to be a shot in the arm for the state's economy.

From mismatching legislatures, almost no rights for 'migrants' and discouraging investment, the special status of Jammu & Kashmir (J&K) did more disfavours to the state than benefit. Home Minister Amit Shah on Monday moved the resolution in the Rajya Sabha to abrogate provisions under Article 370 of the Constitution paving the way for full integration of the state.

Under the new provisions, all laws applicable to Indian states will be applicable to Jammu & Kashmir too. Article 370 allowed the state to not only have its own Constitution but also had rights to frame their own laws. The laws passed by Parliament had to be ratified by the assembly to be made laws in the state. This caused not only delays, but mismatch too.

A week after other states moved to GST, the assembly of J&K passed the resolution to join the tax framework. A gas pipeline waited for two years -from 2011 to 2013-to get right of use provisions to enter the state. The list goes on. And these extra steps were required because of special provisions.

ALSO READ:Kashmir, Ladakh to be union territories: What's the difference between a state and UT?

"These acts are prominent ones, and had interests of both state as well as central establishments. Otherwise the delay could have been in years," taunts a businessman from Jammu. The provisions of Section 35A prohibited people who were non-residents of the state to buy land and to avail facilities provided by the state government. The worst affected were families who migrated from western Punjab during partition. But these provisions also hampered trade and business in the state.

Kashmir's economy is dominated by tourism and allied industry along with some pockets of upper Kashmir with fruits and agricultural produce. Apart from Jammu there are industrial estates in Udhampur and Kathua region with businesses in glass, plastics and building materials. "You are left with the option of either taking the land on lease, or collaboration with some local resident, both are inefficient and costly way of doing the business," shares an investor.

Big corporate houses stayed away from investing, despite both Omar Abudullah and Mehbooba Mufti trying their best to woo them.  But these investors were apprehensive on the availability of land and talent.

As one corporate explained, it is almost impossible to send skilled labour to the state. "To set up factories you will not find land. Even if you go to the industrial estates in Kathua, Udhampur or Jammu, the workforce will be unwilling to go there. They can't buy land to build homes, their children don't get access to education institutions." He added that when opportunities are less, then both suppliers and distributors both form cartel and dictate terms.

The state's population is roughly 10 million and there are hardly any geographical advantages. "The state is neither a huge market nor can become a logistic hub." Now that there is a serious change of dilution of these controversial provisions; hope businesses become more integrated and prosperous in the state.

What rights will Kashmiris lose after Article 370, Article 35A are revoked

Infographic: Before and after Article 370