Delhi CM oath taking ceremony: Prime Minister Narendra Modi has also been invited to the ceremony, besides BJP MPs and MLAs from Delhi 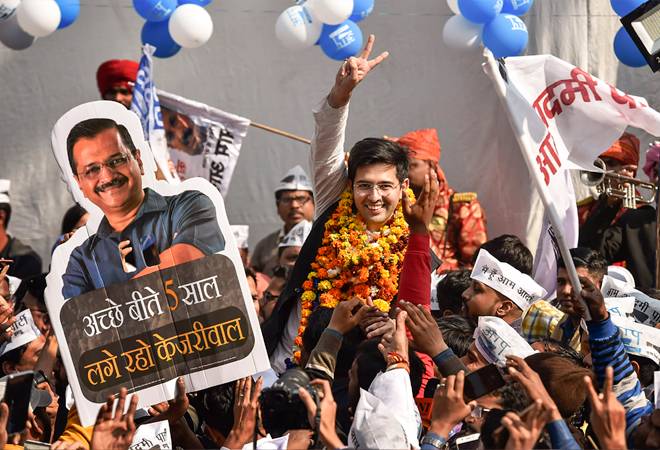 With AAP scripting its third consecutive win in the Delhi assembly elections, big banners bearing messages like 'Dhanyawad Dilli'  were put up in and around Ramlila Maidan for the swearing-in ceremony of Arvind Kejriwal.

Around 50 people from different walks of life who are 'Delhi ke Nirmata' and contributed to the development of the city during the last five years will share the stage with Kejriwal during his ceremony as special guests, AAP's Manish Sisodia said.

'Baby Mufflerman', or Aavyan Tomar, who stole the hearts when he dressed up as Kejriwal on result day of Delhi polls, is a 'special invitee' at the ceremony.

Prime Minister Narendra Modi has also been invited to the ceremony, besides BJP MPs and MLAs from Delhi. The AAP had said no chief minister or political leader from other states will be part of the event as it will be a "Delhi-specific" ceremony.

Besides, Kejriwal, through front-page advertisements in newspapers, has also urged Delhiites to attend the ceremony. Delhi's Directorate of Education (DoE) had also issued a circular to its officials and teachers and principals of Delhi government schools to attend the swearing-in-ceremony.