Ever since Delhi woke up to severe air quality levels on Tuesday, city residents are making a beeline to buy face masks and air purifiers. 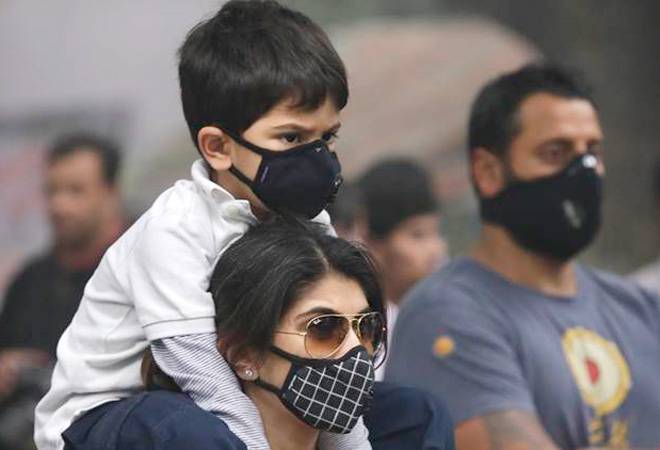 Ever since Delhi woke up to severe air quality levels on Tuesday, city residents are making a beeline to buy face masks and air purifiers. The continuous fall in air quality has forced people to look for solutions to breathe less toxic air. Sales executives at Vijay Sales, which has over 20 stores in the Delhi-NCR region, say queries related to air purifiers have increased manifold. "In the last two days, our Noida store has sold over 20 air purifiers. The sale is roughly the same in our other stores as well," said Rahul Verma, sales head at its Noida store. Similarly, people are also queuing at shops to buy face masks in bulk for family members.

This is not the first time the Delhi-NCR region has witnessed this type of grievous situation. Last year, the city witnessed six days of heavy smog and schools had to be shut down. Those who can't afford to buy expensive purifiers are going for locally-manufactured ones. "There has been a three-fold increase in the sale of air purifiers at our store in the last two days. Since these products are expensive, most people go for locally-manufactured ones. However, the sale of branded products has also increased," said Aashish, who owns Om Sai Traders in Lajpat Nagar.

Sargam Electronics, which has over 50 stores in the city, has also seen an uptick in sales. "As many people don't know how air purifiers work, calls are coming in about their functionality and price details. We have sold five air purifiers since morning," said a store sales executive who didn't want to be named.

Besides, the Delhi government has ordered closure of all schools - over 5,000 schools in the city have been affected due to the polluted air - and people have been told to avoid going out in rush hours. Delhi Chief Minister Arvind Kejriwal on Tuesday called the city a "gas chamber" as the Central Pollution Control Board (CPCB) recorded the extreme level of air pollution. Several trains and flights have been suspended, and the National Green Tribunal has asked Delhi, UP, Haryana governments to find a solution to this problem.

In its 2016 report, the United Nations Children Agency (UNCA) had said that Delhi is a "wake up call to the world on air pollution. It is a wake up a call that very clearly tells us: unless decisive actions are taken to reduce air pollution, the events we are witnessing in Delhi over the past week are likely to be increasingly common". The World Health Organisation (WHO) had also called Delhi's toxic air a public health emergency, adding 90 per cent of air pollution related deaths occur in low and middle-income countries.

From stubble burning to industrial pollution and the burning of fossil fuel to the use of firecrackers during festivals like Diwali and Gurpurab - all contributes to worst air quality. The Delhi high court on Monday called stubble burning the "main villain", while the Supreme Court had also banned the sale of firecrackers during Diwali. The air quality is worst since October 19 and experts believe if it continues for some more days, the government could face serious challenge in handling the situation. India also has the dismal record when it comes to pollution due to the burning of coal, oil, natural gas, and gasoline to produce power and make petroleum products.

A WHO study in 2016 looked for the concentrations of good quality particulate matter such as including sulfates, nitrates, mineral dust, and black carbon, across the world, and found if poor quality particles enter our body, it can cause lung cancer, and other cardiovascular and pulmonary diseases. The report placed India on 10th position with 62 micrograms of particles per cubic meter in the particulate matter index. Experts suggest 10 micrograms as the safe level.