Ayodhya verdict: Earlier Congress spokesperson Randeep Surjewala said that the party is in favour of the construction of the Ram temple 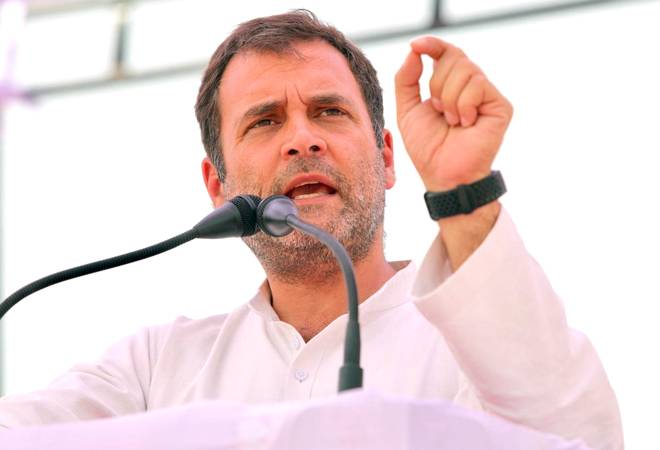 Rahul Gandhi lauded the Supreme Court's decision on the Ram Janmabhoomi-Babri Masjid dispute. He also appealed to the people to maintain peace and order. "Supreme Court announced its verdict in the Ayodhya case today. We respect the court's order and urge everyone to maintain harmony. Now is the time to foster friendship, trust and love."

"The Indian National Congress respects the verdict of the Supreme Court in the Ayodhya case. We appeal to all the parties concerned and to all communities to abide by the secular values and spirit of fraternity enshrined in our Constitution and to maintain peace and harmony. It is the responsibility of each one of us to reaffirm our tradition of mutual respect and unity among all that has defined our society through the ages," said the Congress Working Committee (CWC) in a statement.

Delhi CM Arvind Kejriwal also asked people to maintain peace and harmony and said that Supreme Court has finally made a decision on a decades-long dispute.

The Supreme Court, in its announcement, stated that the disputed site will be handed over to a trust formed by the government. The trust would look into all the matters of the temple, including its construction. It also directed the government to allocate suitable 5-acre land to the Sunni Waqf board that will be responsible for the construction of the mosque.