A total of 10 central trade unions has claimed that approximately 25 crore people will partake in the nationwide strike to be held on January 8. This strike will be held to protest against the "anti-people" policies of the government 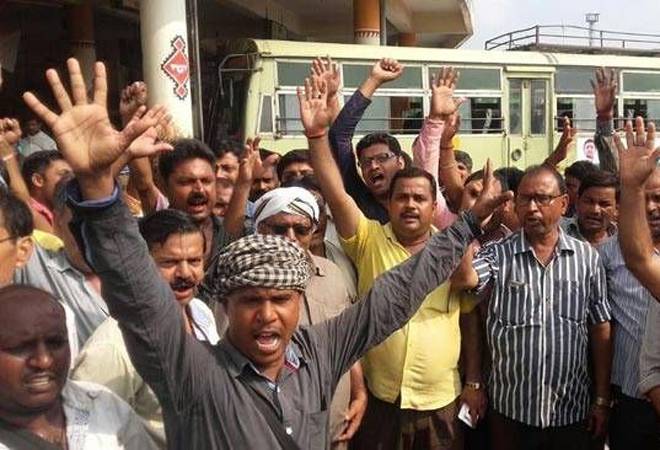 A total of 10 central trade unions has claimed that approximately 25 crore people will partake in the nationwide strike to be held on January 8. This strike will be held to protest against the "anti-people" policies of the government. Trade unions like INTUC, AITUC, HMS, CITU, AIUTUC, TUCC, SEWA, AICCTU, LPF, UTUC and several independent federations and associations had adopted a declaration in September 2019 to hold a nationwide strike on January 8, 2020.

According to a joint statement issued by the 10 CTUs (central trade unions), it is anticipated that not less than 25 crore working people will participate in this strike. The strike will also be followed up by demanding the reversal of the "anti-working class, anti-people and the anti-national policies" undertaken by the government. Apart from this, the joint statement also read the labour ministry did little to assure the workers regarding their demands.

The CTUs' joint statement stated the attitude of the government towards workers and labourers is that of contempt, as can be understood through the many policies of the government, it said. In order to raise their voices against increased fees and commercialisation of education, approximately 60 students' organisations and elected representatives of some universities have decided to partake in the strike.

The trade unions have also condemned the violence on JNU campus and several such incidents in many university campuses across the country. Besides condemning the violence in college campuses, they also expressed dissatisfaction over no Indian labour conference being organised since July 2015, codification of labour laws and also the privatisation of PSUs.

The joint statement also read that 12 airports have already been sold to private players, 100 per cent sale of Air India is in pipeline, the decision to sell BPCL is also being taken, and BSNL-MTNL merger has already been made public. Under the garb of Voluntary Retirement Scheme (VRS), as many as 93, 600 telecom workers have already lost their jobs, it added.

Apart from opposing privatisation of PSUs, the trade unions are also opposing the privatisation in railways, corporatisation of 49 defence production units and forced merger of banks. It is also expected that more than 175 farmers and agricultural worker unions will extend support to the demands pressed by workers' unions.