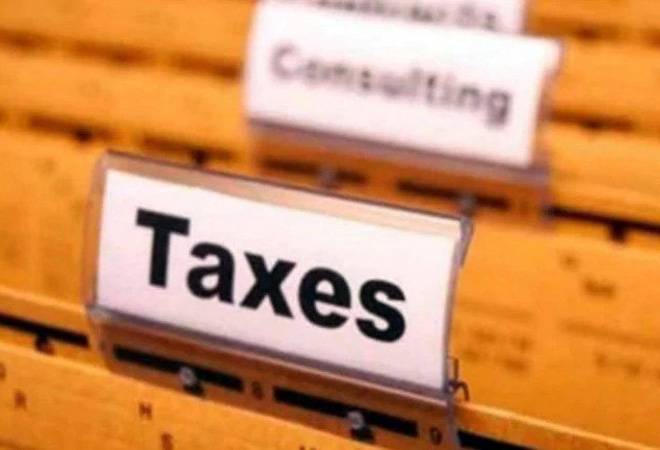 The budget 2020-21 has generated a mixed reaction from economists. While some have pointed at the fiscal constraints due to inadequate revenue receipts for not providing enough space for an expansionary fiscal policy, others have praised it for setting more realistic projections for growth and tax buoyancy.

As financial accruals are important to boost investment and growth, these need a closer look.

A reading of the budget documents shows that the central government is heavily banking on disinvestment and communication services for higher receipts (revenue and capital) in FY21 - total receipts up from Rs 26.99 lakh crore in FY20 (RE) to Rs 30.95 lakh crore in FY20 (BE). This is an increase of 15%.

Another component going up substantially is "other communication services" (non-tax revenue) from which the budget estimates to receive Rs 1,33,027 crore in FY21(BE) - up from Rs 58,989.64 crore in FY20 (RE). This is an increase of 125%. There is as yet no clarity whether this would be generated from spectrum auction or adjusted gross revenue (AGR) from telecom companies which is still pending before the apex court.

The following graph maps the state of revenue and capital receipts. Indeed, as the graph above shows, between FY20 (RE) and FY21 (BE), the shortfall in tax revenue is across the board - GST, excise duties, customs and income tax.

When it comes to "gross tax revenue", the budget documents show a massive shortfall of Rs 2.97 lakh crore in FY20 (RE) from the FY20 budget target - (minus) 12.1%. More than half of this (Rs 1.55 lakh crore) is accounted for by a shortfall in corporate tax. The government had cut the corporate tax by Rs 1.45 lakh crore in September 2019.

What the above graph also shows is that the receipt targets for FY21 (BE) may be unrealistic.

What happens to the government's investment plans if the receipts from disinvestment and communication services receipts fail to match the budget estimates?

Surely, that would be a major setback to all its investment plans.

Also Read: Budget 2020: Off-budget financing- A riddle wrapped up in an enigma

Capex up, revenue expenditure down 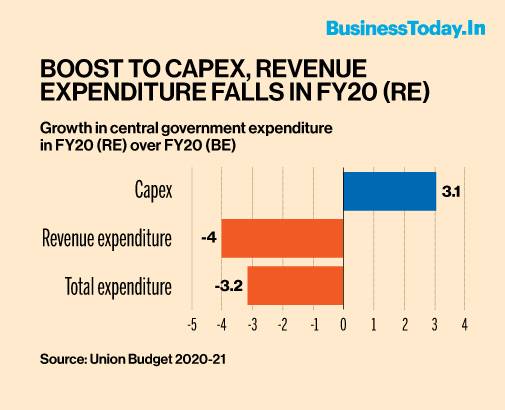 Budget documents show the capital expenditure as percentage of total expenditure has shown an upturn and is budgeted to go up to 13.5% in FY21 (BE) - as shown in the graph below. Revenue expenditure is important too

Nevertheless, lower revenue expenditure at a time of demand depression is not such a good idea.

This is likely to deprive a large number of rural poor accesses to income and consumption because of growing rural distress and unemployment.

Also Read: Budget 2020: What the govt can do to boost income of the poor, revive demand

Need for regular and sustainable source of finance

There is no gainsaying that the government needs a regular and sustainable source of finances to fund its capital and revenue expenditures - rather than banking on one time or occasional receipts from disinvestments or telecom charges. There is no disputing either that India needs to raise its tax revenue.

When it comes to tax-GDP ratio, a comparative analysis by Business Today shows that in 2018 India (centre and states taken together) recorded a 17.5% of tax-GDP ratio which is considerably lower than the developed economies and so is the case with the number of people paying taxes (in 2017-18) - as shown in the graph below. This can be explained by relatively lower-income levels of Indians. 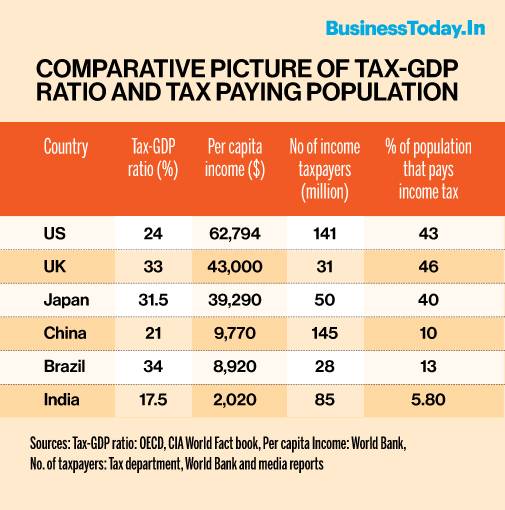 Therefore the real challenge is how India can raise its tax revenue to fund its long-term growth. Eminent economist Dr C Rangarajan, for example, believes that this could be done by raising the income levels, lowering the tax rates and ensuring a higher economic growth.

That may be easier said than done in a slowing economy but are there alternatives? That is a topic for another day.