Budget 2021 is about govt's role as facilitator, private sector as key driver of growth: Sitharaman 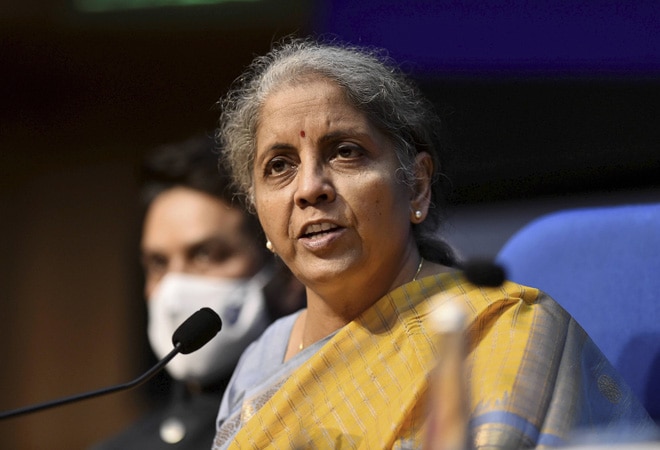 Finance Minister Nirmala Sitharaman on Sunday said the Union Budget 2021-22 is about the role of government as a facilitator and the private sector as a key driver of economic growth, without which the country would be losing a big opportunity.

"The most important component or input required here is the participation of the private sector. Unless the private sector is energised enough, unless it is facilitated enough, India is just losing a very big opportunity," Sitharaman said during the interactive session organised by the Bangalore Chamber of Industry and Commerce.

Sitharaman underlined that the nation's growing and aspiring needs and demands across the various sectors cannot be served just by the state government and central governments put together. According to the Finance Minister, the coronavirus vaccine was a big example of government-private partnership.

"To be a world leader with that specific India touch,which is more humane, more about bringing everybody together, which is peaceful, which actually wishes that the world progresses for everybody's good. If that is the way India approaches its responsibility, that will be incomplete unless the government plays the role, it is expected to play the facilitator and unless the private sector plays the role of a key driver. So that's the message this budget has talked about," the Finance Minister told the gathering.

Sitharaman noted that the budget was about setting the path for the decade. She pointed out that the stimulus package, which largely depended on the governments borrowing, was aimed at sectors depended on the governments borrowing, which provided the multiplying effect such as infrastructure,the budget funding, where public expenditure was going to be the budget funding, undertaken. Observing that the Centre has clearly funded stimulus with the borrowed money, she said the government was aware of fiscal management.

"Debt to GDP, another indicators which are important for a healthy economy, has to be carefully managed in such a way that sooner in a sense, in a reasonable time frame, the fiscal deficit will also be kept under the healthy level and not let unattended for decades together," Sitharaman pointed out.

The Finance Minister said the government wanted uninterrupted yet sustainable growth. The event saw a galaxy of tycoons and industry leaders such as Wipro founder Azim Premji, former director of Infosys T V Mohandas Pai, noted cardiac surgeon Dr Devi Prasad Shetty and president and chairman of Volvo Group India Kamal Bali Premji, in his speech, emphasised on taking along the private sector in the COVID-19 vaccination drive to speed up the inoculation process whereas Pai said the nation wants the companies to set up their industries within the country instead of becoming a digital colony.

He also suggested giving away tablets to the children from weaker sections so that they were not left out in the 'Digital India' mission.Also read: All India Kisan Sabha floats alternate model farm law for states