The Lower House later approved the first batch of the supplementary demands for grants, mainly to enable the government meet expenses for combating the COVID-19 pandemic 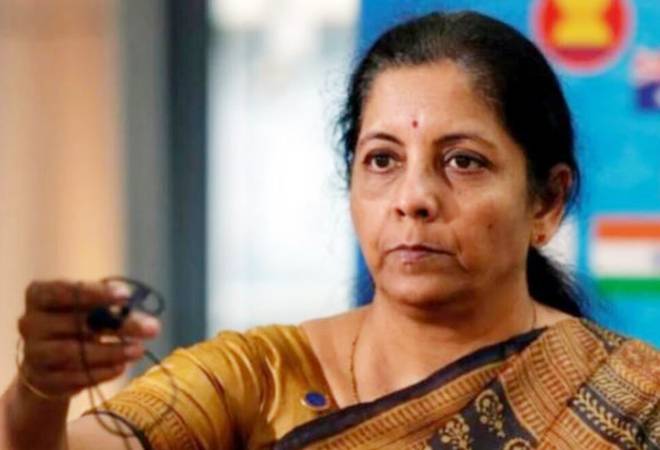 Finance Minister Nirmala Sitharaman on Friday said the bulk of additional spending sought in the first batch of supplementary demands for grants would be utilised towards people-centric schemes to help them amid the COVID-19 pandemic.

Winding up a debate in the Lok Sabha, the minister said, "This is probably first time that this kind of amount has been ever pitched in supplementary demand because gross additional expenditure of Rs 2,35,852 crore with net cash outgo of Rs 1,66,983 crore probably is one of the highest of budgets... seen in this country."

The Lower House later approved the first batch of the supplementary demands for grants, mainly to enable the government meet expenses for combating the COVID-19 pandemic. Responding to various issues raised by the opposition members, Sitharaman said the government in the supplementary demands for grants has sought to raise the additional outgo towards MNREGA by Rs 40,000 crore.

With this, the total outgo towards the Mahatma Gandhi National Rural Employment Guarantee Act (MNREGA) scheme would surpass Rs 1 lakh crore, she said, adding that the Budget had allocated Rs 61,500 crore for the rural employment guarantee programme. Besides, Rs 20,000 crore has been sought for capital infusion in public sector banks and Rs 33,771.48 crore for direct benefit transfer under the Pradhan Mantri Jan Dhan Yojana and National Social Assistance Programme.

As part of the Pradhan Mantri Garib Kalyan Yojana, Rs 33,771.48 crore has been transferred to both women Jan Dhan account holders and old age pension holders. "During the challenging times, the additional resources which are being placed in this first supplementary demands for grants, are largely going towards people-centric activity so that money can reach people," she said, adding the money is going to some of the most critical schemes of the government.

The allocations are being increased towards people-centric schemes like PM Garib Kalyan Yojana and other social welfare initiatives, Sitharaman emphasised. She said because of the digital initiatives of the Prime Minister, now it has become possible to send money directly into the accounts of the poor people.

The minister also said the large increase in the number of demat accounts opened in the recent months was a reflection of the faith of people in the economy. Regarding the GST compensation issue which was raised by several opposition MPs, Sitharaman said the GST Council will arrive at a common ground on ways to compensate states for loss of revenue.

Responding to the opposition charge that Centre was reneging on its promise of paying compensation, she said the government is not thinking of reneging on any commitment to the states. She added that the flow of funds to the state governments has increased despite revenue shortfall on account of the COVID-19 pandemic. Sitharaman also said that unlike some other countries, the government was not planning to increase taxes to raise revenue.

Taking on critics who made light of her remark that COVID-19 is an "act of God", Sitharaman said, "People like using Latin expression of 'force majeure' for expressing extraordinary situation. But simple woman finance minister saying 'act of God' is taken sarcastically. What is this sir?"

"Force majeure in the court for my client is very well but not act of God, because this woman, who is minister, looks like neighbourhood aunty," she added.  Sitharaman further said attempts to twist her statement to mean that the Centre was reneging on its responsibility "was absolutely irresponsible comment towards a responsible government which is being led by Prime Minister Narendra Modi."

Referring to the current border tensions between India and China, the finance minister said she does not want to speak in detail about the national security issue but despite the Ladakh situation, the government is not cutting down on devolution of taxes to the states.