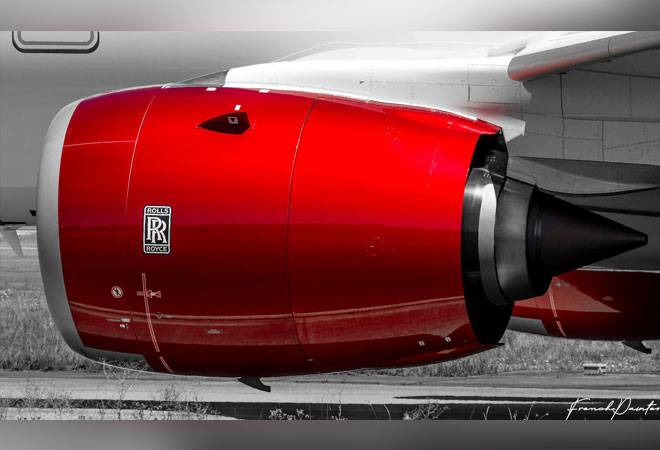 There was no immediate response from Rolls Royce.

The CBI has booked London-based Rolls Royce in a corruption case for allegedly paying over Rs 77 crore as commission to an agent to win contracts from public sector undertakings HAL, ONCG and GAIL during 2007-11, officials said Tuesday.

The action comes after a five-year-long inquiry by the agency initiated on the basis of a complaint from the Defence Ministry which had received a letter about the engagement of Singapore-based Ashok Patni and his company Aashmore Pvt Ltd by Rolls Royce, they said.

The inquiry was launched on the basis of the letter which was forwarded to the CBI.

There was no immediate response from Rolls Royce.

It is alleged that Rolls Royce paid Rs 18 crore to Patni as "commercial advisor" in the 100 supply orders of Avon and Allison Engines spare parts to HAL between 2007-11, they alleged.

The agency alleged that Patni was also engaged in direct contracts of Rolls Royce with ONGC and GAIL for the supply of spare parts.

Although contracts with ONGC and GAIL allowed services of an agent but it was mandatory to declare the name at the time of bidding, a condition violated by Rolls Royce, they said.

The company declared the name of its agent to the oil and gas sector behemoths in 2013, the agency alleged.

It is alleged that Roll Royce paid Rs 29.81 crore in 73 purchase orders from 2007 to 2011 for procurement of material and spare parts pertaining to the engines for ONGC, but the company declared it in 2013, they alleged.

The company also paid one million British pounds with regard to 68 purchase orders from GAIL for spare parts from 2007 to 2010, the CBI alleged.

It also said that the company entered in an arrangement with Turbotech Energy Services International Pvt Ltd and another company Infinity, also owned by Patni, to which extra commission was paid, but not declared to GAIL, it alleged.

The total commission paid by Rolls Royce comes to the tune of Rs 28.09 crore during the period 2007-10 for supplies to GAIL, they alleged.

Rolls Royce, its Indian subsidiary, Patni, his company and Mumbai-based Turbotech Energy Services International Pvt Ltd besides unidentified officials of HAL, ONGC and GAIL have been booked by the CBI for criminal conspiracy and bribery, they said.

There was an alleged conspiracy by Rolls Royce Plc and its subsidiary Rolls Royce India Pvt Ltd to misrepresent the facts before HAL regarding the engagement of the agent in order to win contracts with HAL with "deception", they said.

The Indian Marine Gas Turbine unit of the HAL provides support in areas of inspection, spare parts, maintenance, equipment overhaul and assembly for Industrial and Marine Gas Turbines under licence from reputed manufactures.

The unit provides overhaul and repair of Avon and Allison Engines for ONGC and GAIL for which spare parts are supplied by energy division of Rolls Royce, they said.

The contract between Rolls Royce Power Engineering Plc .and Hindustan Aeronautics Ltd. was signed June, 2007 which was valid till December, 2011 to provide maintenance, repair and overhaul services for the units owned by the GAIL and ONGC under above licence from Rolls Royce.

"The purchase order condition specifically mentioned that Rolls Royce is not supposed to appoint any agent in India to promote this contract and no commission is payable to such agent," the CBI FIR has alleged.

It is alleged that Rolls Royce violated the condition of purchase order and integrity pact by engaging Patni and his company as commercial advisor from 2007 to 2011 and paid a commission ranging from 10 per cent to 11.3 per cent for supply of spare parts of Avon and Allison Engines.