GST Council had come out with the draft e-way bill rules in April that made it necessary for any movement of goods valued more than Rs. 50,000 to be registered with the GST-Network (GSTN) website. 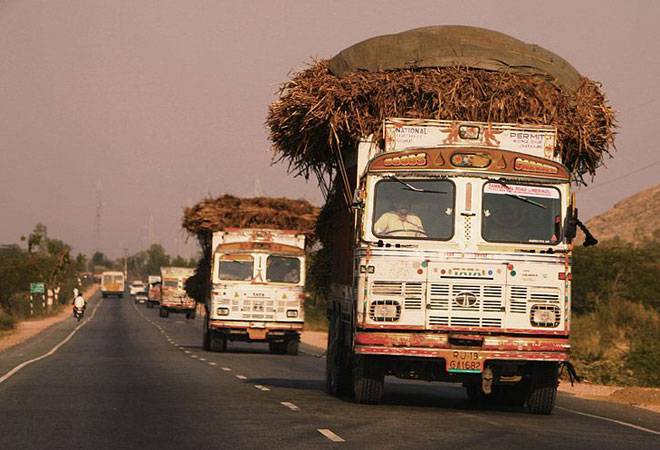 With just a few days left for GST rollout, the Centre is in favour of postponing by a few months the implementation of the e-way bill, which requires movement of goods above Rs. 50,000 to be to pre-registered online.

However, with states unwilling to defer the provision, the GST Council agreed to rope in National Informatics Centre (NIC) to work along with GST-Network to assess if an all India e-way bill system can be created in a short time-frame, an official told PTI.

The GST Council, headed by Finance Minister Arun Jaitley and comprising representatives of all states, had in April come out with the draft e-way bill rules that made it necessary for any movement of goods, within or outside the state, having value of more than Rs. 50,000 to be registered with the GST-Network (GSTN) website.

ALSO READ: GST revised rates for 66 items: What are the major problems for traders?

According to the draft, GSTN would generate e-way bills that would be valid for 1-15 days, depending on the distance to be travelled - one day for 100 km and 15 days for more than 1,000 km transit. The tax officials can inspect the 'e-way bill' anytime during the transit to check tax evasion.

The industry has, however, expressed concerns over this, saying that the Rs. 50,000 limit was too low and that the timeline for completion of transport operations was "impractical and removed from reality".

They also felt that the e-way bill would be applicable to movement of all kinds of goods without making any distinction between goods that were evasion prone or not.

The official said that at the June 3 meeting of the GST Council, the Centre contended that GSTN will be busy in the first three months of GST rollout as it has to ensure that technology backbone for the new indirect tax regime is working fine and hence would take about 6 months to build the platform for 'e-way bill'.

The Centre also said that feedback from the industry was yet to be examined by the law committee and hence finalisation of rules would take sometime.

Stating that the GSTN can start developing the software only after finalisation of rules and forms, the Centre suggested that the "implementation of the 'e-way bill' system could be postponed by a few months," the official said.

However, states such as West Bengal, Kerala, Bihar, Odisha and Andhra Pradesh stated that they already had a robust e-way bill system, which should be continued as reverting to hand bills would lead to "considerable loss of revenue".

The official said that Centre told the Council that the GSTN had already floated tenders inviting companies to develop the software for the 'e-way bill' system and the process for selection of bidders would take about two months.

The selected bidder would then take a further about three months to develop the software, which would be tested and then rolled out.

The GST Council then decided to defer a decision on the e-way bill system and entrusted the GSTN to check from the NIC whether they could develop an e-way bill system in a short time frame, the official added.

During the last three decades, NIC has implemented network centric application software for programme implementation in various ministries and departments.

The draft e-way bill rules provide that the person in-charge of conveyance will be required to carry the invoice or bill of supply or delivery challan, and a copy of the e-way bill or the e-way bill number, either physically or mapped to a Radio Frequency Identification Device (RFID) embedded on to the conveyance.

The rules authorise the tax commissioner or an officer empowered by him on his behalf to intercept any conveyance to verify the e-way bill or the number in physical form for all inter-state and intra-state movement of goods.

Physical verification of conveyances can be carried out on specific information of evasion of tax, as per the rules.

The officer will be required to submit a summary report of every inspection of goods in transit within 24 hours and the final report within three days of inspection.

States should generate funds from own resources: Arun Jaitley on farm loan waiver