China had emerged as India's biggest trade partner in the first half of the financial year 2020-21 too, pipping the US, which had held that position since 2018-19. In 2020, two-way trade between India and China stood at $77.7 billion 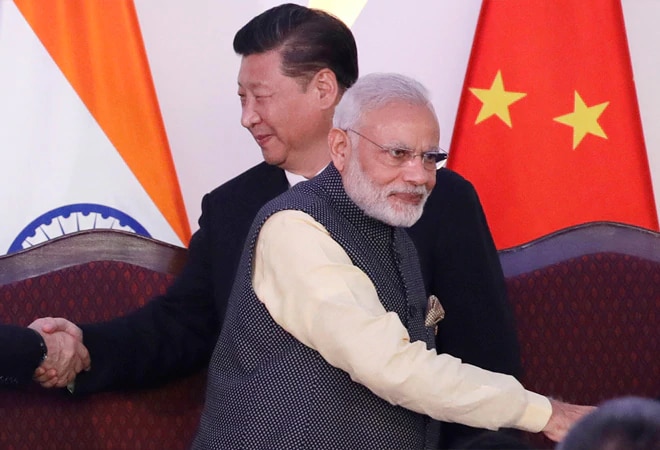 China has again emerged as India's biggest trade partner in 2020 despite a bloody conflict along the Line of Actual Control (LAC) and the rising anti-China sentiment. In 2020, the two-way trade between the countries stood at $77.7 billion, which, however, is lower than the previous year's mark of $85.5 billion, as per the provisional data from the commerce ministry.

China had also emerged as India's biggest trade partner in the first half of the financial year 2020-21, pipping the US, which had held that position since 2018-19. In the previous calendar year too, China replaced the US as India's biggest trading partner. The two-way trade between India and the US stood at $75.9 billion as the coronavirus-led restrictions hurt the trade between the two countries. UAE remains the third biggest trading partner of the country.

Notably, after a major border confrontation between Indian soldiers and the Chinese at Galwan valley in June, in which 20 Indian soldiers died, the government had indirectly hit out at China by taking a series of measures to curb trade. Among the initiatives taken to hit China economically, the Centre had banned hundreds of Chinese mobile apps, including popular ones like TikTok, increased scrutiny on Chinese investments in India, and increased duty on certain products.

India's long-standing dependence on Chinese heavy machinery, telecom equipment and other products has led to the ballooning of trade deficit with China at $40 billion. At $58.7 billion, India's imports from China were more than collective purchases from the US and the UAE together.

In terms of exports, India's shipments to China grew 11 per cent YoY to $19 billion in 2020. However, experts say the increase in exports to China could also be a threat to India amid increasing tensions along the border.

The slight decline in imports from China is attributed to the rising geopolitical tensions. Trade organisations like the Confederation of All India Traders have been campaigning against Chinese goods vowing to boycott as many as 3,000 items. It has set a target of reducing imports from China by as much as $13.3 billion by next December.

That said, the government has also taken several steps to curb imports from mainland China, including ban on import of colour televisions and a complete ban on the import of ACs and refrigerants. Safeguard duties on import of solar panels and modules have also been extended for a third year in July, while anti-dumping duty has been imposed on a range of goods imported from China.

Also read: What an irony! Mainland China beats US to be India's biggest trade partner in H1FY21