Biggest share of the group's loans is with the real estate development subsidiary, Tanglin Developments, which has secured unpaid loans of Rs 1,622 crore 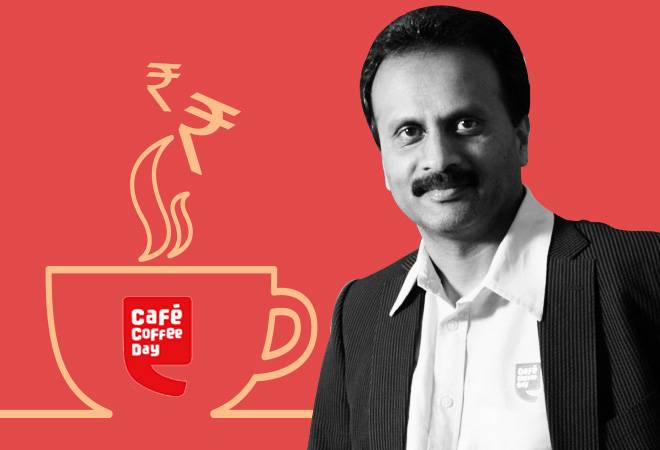 A CDEL press release says the group's total debt stands at Rs 4,970 crore, of which Rs 4,796 crore is secured loans and another Rs 174 crore is unsecured.

With Coffee Day Enterprises Limited (CDEL) yet to publish its annual report for FY 19, the company has disclosed its debt position at a group level. CDEL's late founder VG Siddhartha, in a letter purported to have been typed and signed by him, mentioned several transitions had been done without the board's knowledge. He also talked about the pressure from lenders in his letter, which ultimately forced him to commit suicide.

Clarifying the debt position with the breakup of the loans in its major subsidiaries for the first time, a CDEL press release said the group's total debt stood at Rs 4,970 crore, of which Rs 4,796 crore was secured loans and another Rs 174 crore was unsecured.

The biggest share of the group's loans is with the real estate development subsidiary Tanglin Developments Limited.  Tanglin has secured loans of  Rs 1,622 crore, which are yet to be paid. The company's board recently approved the sale of prime real estate in Bengaluru -- Global Village Tech Park -- to Blackstone for a deal valued at over Rs 2,600 crore-Rs 3,000 crore.

The company, in its statement, said as a part of the ongoing divestment and debt reduction plan, "on receipt of the consideration for the sale of Global Village after payment of required statutory payments, the debt position of Coffee Day Group will reduce by around Rs 2,400 crore".

The statement said the Coffee Day group (excluding Sical and Magnasoft), after repayment of debt out of the proceeds from the Global Village sale, would be around Rs 1,000 crore in the next 45 days and that it would be in a comfortable position to service the reduced debt.

Coffee Day Global, which handles the Cafe Coffee Day and the coffee retail business, is also sitting on Rs 1,097 crore debt, of which Rs 1,009 crore is secured and Rs 88 crore is unsecured loans.

Apart from the real estate, the company's logistics subsidiary, Sical is also sitting on significant loans. While Sical is a listed subsidiary on the bay stock exchange, the company also had announced planned divestment to reduce its debt. "Sical has been working on the divestment of certain assets. The proceeds from the divestment is expected to significantly reduce the debt in Sical," said the release. Sical Logistics has taken loans worth Rs 1,488 crore, all of them are secured. The company also said it was confident that the ongoing divestment would significantly reduce the financial burden.