Coronavirus: 'Govt's lockdown has failed, what is Plan B?' asks Rahul Gandhi

Rahul Gandhi press conference: Gandhi said that the Congress party is giving cash to people, including direct cash to farmers and labourers but has not received any support from the central government 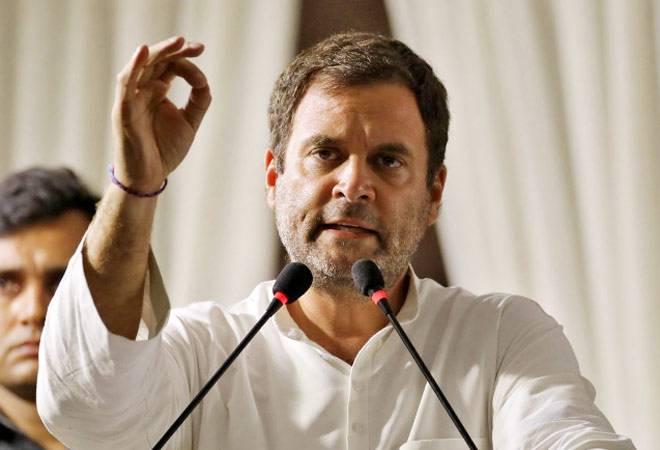 Congress leader Rahul Gandhi slammed the BJP government on its handling of the coronavirus crisis. He said during a virtual press conference on Tuesday that India is currently the only country where the spread of the virus is increasing exponentially and the government is planning to remove the lockdown. "It is pretty clear that the aim and purpose of the lockdown has failed," he said. What India is facing now is the result of a "failed lockdown", said the Congress leader.

He said that the Congress party along with other people want to know the government's strategy going forward. "Four stages of lockdown have not given the result that the Prime Minister expected," he said.

Gandhi said that Prime Minister Narendra Modi along with his entire advisory staff had said that the disease would start reducing towards the end of May. "It is pretty clear that the disease is not reducing, it is increasing," said Gandhi. He asked now that the government has failed, how does the Centre plan to tackle the disease. "How will the government help the migrants? How will they help the state governments? How are they thinking of helping small and medium businesses?," he said. There were many press conferences where it was said that the stimulus package is 10 per cent of the GDP, but in reality, it is less than 1 per cent of the GDP, most of it in hardly any cash," he said.

Rahul Gandhi's press conference came as India saw yet another day with nearly 7,000 new cases - the highest-ever spike so far. There are over 1.45 lakh cases in the country with 4,167 deaths. There are 80,722 active cases in India, along with 60,490 discharges.