Testing figures have risen since June 18, when the testing began in the city using the rapid antigen kits. Delhi has 56 labs -- 22 government and 34 private -- which are carrying out RT-PCR tests to detect COVID-19 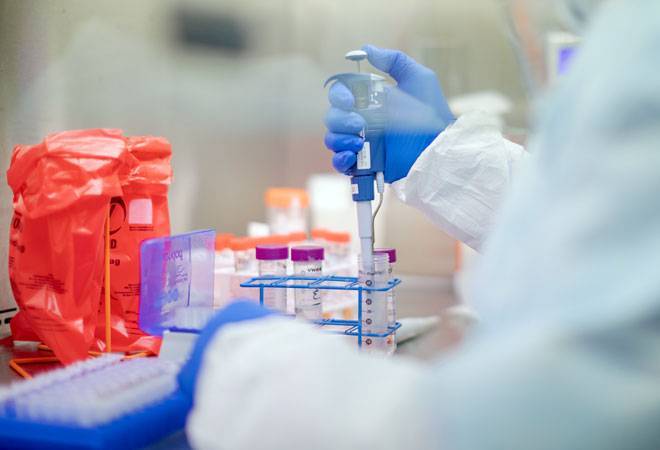 The total number of tests conducted in the national capital stands at 9,46,777 till date, which means 49,830 tests per million

Delhi has conducted over 9.46 lakh Covid-19 tests till date, with experts attributing the high number to the rapid antigen tests which started last month. The experts feel that the rapid antigen test has changed the script for the national capital due to its affordability, quicker result and its ability to serve as a fast diagnostic tool.

The rapid antigen tests started in Delhi from June 18. The total number of tests conducted in the national capital stands at 9,46,777 till date, which means 49,830 tests per million.

Testing figures have risen since June 18, when the testing began in the city using the rapid antigen kits. Delhi has 56 labs -- 22 government and 34 private -- which are carrying out RT-PCR tests to detect COVID-19. Labs across the city and health experts credit the rapid antigen test for reducing the burden on RT-PCR tests, helping in quicker identification of cases and reducing the risk of spread of infection.

Rattan Gurnani, senior manager operations and corporate, City X-Ray and Scan Clinic, said the government has been very aggressive in testing and is ensuring that tests are conducted across all the containment zones. "They have given a target to all the districts, so more the tests, better the diagnosis and quicker the isolation and results. The number of RT-PCR tests has gone down from 700-800 earlier to 400 to 500 per day," he said.

The situation is similar in other labs and facilities. At the Genestrings lab, 1,000 to 1,200 tests were being conducted on a daily basis before the rapid antigen test started, but now it has reduced to 200 tests per day. According to Chetan Kohli, COO, Seeds of Innocence and Genestrings Lab, rapid antigen tests have also helped the labs process the samples faster. "Earlier, the time taken to process the samples would be anywhere between 24 and 48 hours but now it is 24 hours," he said.

Dr Rakesh Pandit, senior Consultant and HOD, internal medicine, Akash Hospital said earlier the medical facility was conducting 90 RT-PCR tests per day, out of which 25 would test positive. Now the hospital is conducting 50 to 60 tests per day and only six or seven people are testing positive.

"Earlier the labs were so overloaded. The waiting time was more and there were a limited number of facilities. Then there were constraints like one RT-PCR machine cannot do more than 100 tests. But now more people are being covered," Pandit said. The number of rapid antigen tests being conducted on a daily basis is more than double of the RT-PCR tests.

Talking about the advantages of the rapid antigen tests, Kohli said the results of the test come within 15-20 minutes, and people are getting easy accessibility to them owing to the government's efforts and the presence of more than 160 centres where people can avail them free of cost.

Govt plans ban on PubG, 273 other apps after action against 59 Chinese apps