In a slowing economy, a higher spend on medical and public health would either result in shifting of resources from their heads or dipping into borrowings from market or centre government 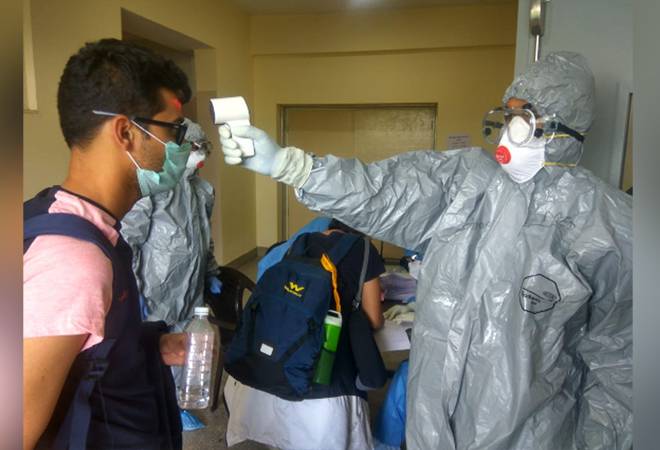 Clearly, the domino effect of COVID-19 and slowdown in the economy will push the states in more debt

The four Indian states with highest confirmed covid-19 cases including deaths are Maharashtra, Kerala, Tamilnadu and Uttar Pradesh. These states are already constrained with finances. Maharashtra government has announced paying salaries to the government staff in two instalments. Both southern states Kerala and Tamil Nadu have asked Centre for fiscal grants to fight the Covid battle as cases are on the rise every day. Clearly, the domino effect of COVID-19 and slowdown in the economy will push the states in more debt. Uttar Pradesh has projected 2.97 per cent fiscal deficit in 2020-21, well before the virus hit the country. The country's largest state recorded a fiscal deficit of 3 per cent in the just concluded fiscal 2019-20.

Kerala too has projected a fiscal deficit of 3 per cent of its GDP in 2020-21 , which is equal to the limit set by the FMRB Act for states.

Maharashtra's fiscal deficit slipped from projected 2 per cent to 2.73 per cent  in 2019-20. The state has, however, projected a fiscal deficit of 1.69 per cent for 2020-21, which is unlikely to be met given the farm loan waivers and the covid-related expenditures.

Uttar Pradesh has the highest reliance on market borrowings to finance its deficit. The share of market borrowings is 89.4 per cent followed by Maharashtra (83.8 per cent) and Kerala (80.8 per cent). Kerala also avails loan from the Centre. In fact, the state with first covid case has asked for more grants from the Centre. The states often knock on the doors of the RBI for emergency needs or overdraft kind of a facility through central bank's ways and means window. The RBI has increased the limit by 30 per cent from the existing limit under this facility for states. With Centre's finances also stretched, the states have to find their own sources of revenue generation in future. The states will certainly need higher capital outlays for medical and healthcare and also social security and farm loan waivers that has become a regular practice now.

CNG, piped cooking gas prices to be cut by 7% in Delhi-NCR