The cyclone-hit areas have around 8,500 mobile towers on which around 36,000 base stations of different operators run 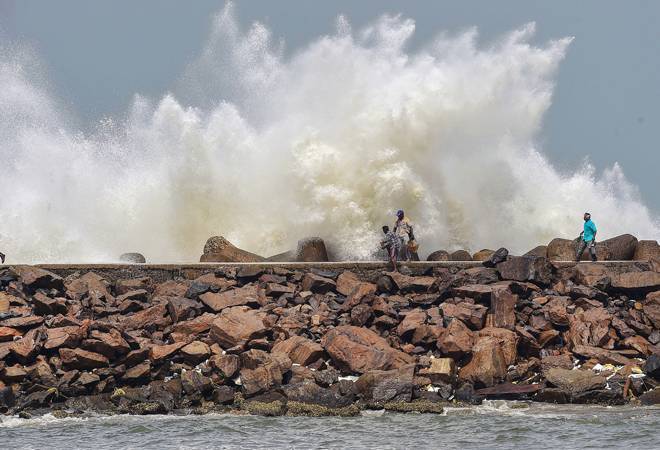 Power outage and frequent fibre cuts have disrupted telecom connectivity in Cyclone Amphan hit areas, particularly Kolkata, North and South 24 Pargana districts of West Bengal. Industry players told PTI that still around 70 per cent of the telecom network in the worst affected areas is working and around 85-90 per cent of the connectivity will be restored by Friday evening.

"There has been very minimal impact on telecom towers. Major problems have been fibre cuts due to felling of trees that has led to some disruption and power outage has made the situation challenging," industry body COAI Director General Rajan S Mathews said. Mobile towers are connected to each other through optical fibre cables and any damage to them leads to the breakdown of the network.

Mathews said that there have been an average of around 100 fibre cuts every two hours due to felling of trees and operations to clear the way from the disruption roads. "It is very important to get the power restored because mobile towers are working on diesel generators only and they cannot continue to operate for more than eight hours. DG sets will have to be switched off.

"Batteries also cannot run for a long time without power; they also need to be charged. If the power outage continues then there can be disruption in telecom networks," Mathews said. The cyclone-hit areas have around 8,500 mobile towers on which around 36,000 base stations of different operators run.

At present around 866 mobile towers, accounting for 70 per cent coverage, are operating on DG sets in the Amphan-hit area. According to Tower & Infrastructure Providers Association(TAIPA), both Airtel and Vodafone Idea have been asked to get 1,000 sites working in the next 24 hours by the Department of Telecommunications Secretary Anshu Prakash.

"Around 70 per cent of the sites are working on DG's and after every 8 hours, DG set has to take rest, so restoration of power is very critical for getting sites back to functional especially in Kolkata. "Also, in a few situations, we have come across the issue of manpower not being allowed because of the road blockages, we have requested state authorities to resolve this issue at the earliest," Taipa Director General TR Dua said.

He said that due to advance preparations by the DoT, there has been a minimal direct impact on telecom infrastructure per se. "DoT secretary coordinated with all the authorities because of which the entire flow of machinery was very smooth. The connectivity can be up and running in a very short time if power issues are resolved," Dua said.

The fiercest cyclone to hit West Bengal in 100 years destroyed mud houses and crops, and uprooted trees and electric poles. It also wreaked havoc in Odisha damaging power and telecom infrastructure in several coastal districts. Odisha government officials estimated that the cyclone has affected around 44.8 lakh people in the state. "Connectivity in Odisha has almost been restored," Dua said.