Sector commanders and Divisional HQ (headquarter) are in touch with District Collectors and the Revenue Commissioner who is the nodal agency for relief activities in Gujarat, the Army said in a statement 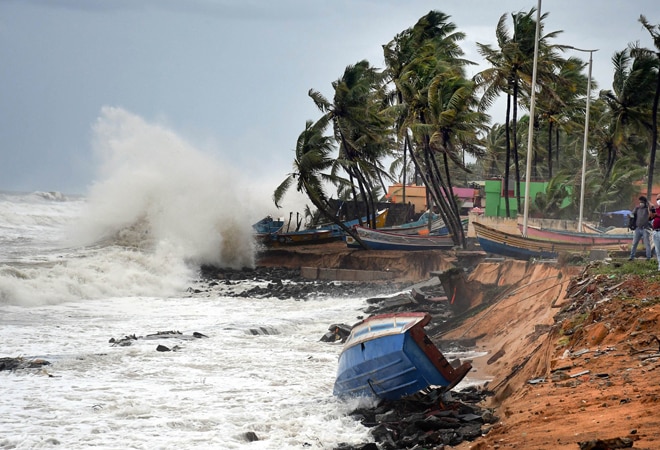 The cyclone's maximum impact is likely to be in Saurashtra region, including Diu

The Indian Army said on Monday it has put 180 teams and nine engineer task forces on standby to face any contingency as Cyclone Tauktae is likely to hit the Gujarat coast on Monday evening.

"Sector commanders and Divisional HQ (headquarter) are in touch with District Collectors and the Revenue Commissioner who is the nodal agency for relief activities in Gujarat," the Army said in a statement.

The Army said it has identified likely areas -- talukas as well as districts -- where the impact could be higher and it has geared up its columns to react immediately.

"Focus is to save lives, speedy clearance of routes to ensure movement of oxygen and standby arrangements at COVID hospitals," it mentioned.

The cyclonic storm will intensify further and reach the Gujarat coast by Monday evening, the India Meteorological Department (IMD) said.

The cyclone's maximum impact is likely to be in Saurashtra region, including Diu.

Ten integrated teams are poised to be employed for aid to the civil administration of Diu, the Army said.

It said 10 teams have already been positioned in the Junagadh area while others are ready to move on short notice of the state administration after analysis of situation as it builds up.

"GOC (General Officer Commanding) of the Army Division located at Ahmedabad attended a coordination meeting chaired by the Honourable Chief Minister of Gujarat and has assured all support," the Army noted.

At this meeting, it was discussed that all efforts should be made to open the roads at the earliest as Gujarat is a critical supplier of oxygen from its ports to outside state destinations.

The Army said it is providing assistance in creating power back up and making preparations for other contingencies at COVID Hospitals in the affected region including Dhanvantri COVID Hospital in Ahmedabad.

"180 teams (three teams in each column) and 09 engineer task forces (ETFs) spread over the geographical area are on standby at short notice factoring in all possible contingencies and COVID situation," it noted.

The IMD said on Monday that over one lakh people have been shifted from low-lying coastal areas in Gujarat, while 54 teams of the NDRF and SDRF remained deployed after IMD's warning that Tauktae will reach the state coast by Monday evening and cross it between 8 pm and 11 pm.