Global firms such as Mastercard, Visa, PayPal, Google, Amazon and Facebook have sought the government's help to relax the regulations on data localisation. 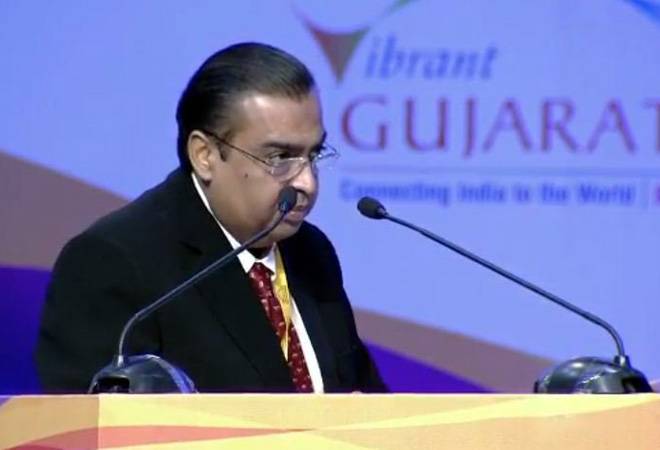 Reliance Industries Chairman Mukesh Ambani made a strong pitch on Friday for the protection of Indian users' data in his speech at the Vibrant Gujarat Summit. In order to emphasise on the importance of data protection, Ambani compared data to oil and said global corporations should not be allowed to control India's data. "In this new world, data is the new oil. And data is the new wealth. India's data must be controlled and owned by Indian people and not by corporates, especially global corporations," Ambani said.

"For India to succeed in this data-driven revolution, we will have to migrate the control and ownership of Indian data back to India in other words, Indian wealth back to every Indian," he added.

Ambani's remarks come amid a raging debate in the country over whether data of Indians is safe with foreign companies. In fact, the Reserve Bank of India last year imposed data localisation norms on foreign fintech companies to locally store the data of Indians.

Global firms such as Mastercard, Visa, PayPal, Google, Amazon and Facebook have sought the government's help to relax the regulations on data localisation.

Ambani's direct attack at foreign companies comes in the backdrop of Reliance Jio's plans to expand in the fintech sector. Ambani's JioMoney is competing with global players such as Google Pay, Amazon Pay and Facebook-owned WhatsApp Pay in India.

Not just Ambani, Paytm chief Vijay Shekhar Sharma has also been vocal about the matter in the past and welcomed the RBI's mandate that the payments data of Indians must be stored locally.

In fact, Paytm had accused Google Pay of sharing consumer data with the third-parties for monetary gains. The company had complained to the National Payments Corporation of India that Google Pay was storing payments data of Indian outside the country.

"We would like to highlight a very important fact that Google Pay, which is an unregulated payments platform, has the scope of using their customers' data for their monetary gains with complete disregard of the user's need for privacy. The critical payments data collected by them is being processed and stored outside of India, which can have severe security implications in case of a data breach as their policy states that this data is also being disclosed with advertisers and third-parties," the company had said in letter to the NCPI.

Adani announces Rs 55,000 crore investment in Gujarat in next 5 years

Xiaomi Redmi Note 7 Pro with 48 MP camera to launch in Feb; here are the details