Delhi Metro Phase IV: Construction of the 10 stations is expected to complete in 30 months. Keshopur, Paschim Vihar, Peeragarhi, Mangolpuri, West Enclave, Pushpanjali are some of the stations in this corridor 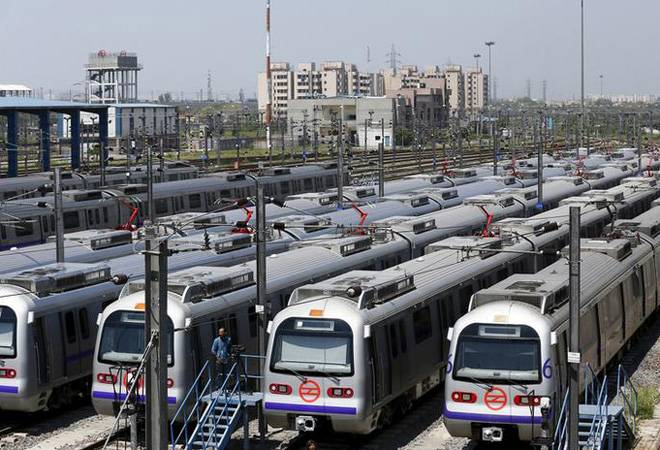 Delhi Metro Rail Corporation (DMRC) has begun work on the construction of the Delhi Metro's Phase IV. The work that commenced after a long wait began with a groundbreaking ceremony held at Haider Badli Mor on Monday. Phase IV of the Delhi Metro comprises three corridors covering 61.67 km.

The new phase will first see the construction of 10 stations of the 28.92-km Janakpuri West-RK Ashram Marg corridor. "This corridor is an extension of the Magenta Line and will have a total of 22 stations. The tenders for the remaining stations are also nearing finalisation," Executive Director Corporate Communications, DMRC, Anuj Dayal said.

"A huge office has been set up at Haiderpur Badli Mor station to monitor the construction of the Phase-IV work," Dayal told PTI.

Phase 4 construction work of Delhi Metro started today at Haiderpur Badli Mor in the presence of Dr Mangu Singh, MD/DMRC, and other senior officials. The new sections shall provide interconnectivity among the already operational sections of Delhi Metro. #OntoTheFourthpic.twitter.com/v4Za5aPC3W

Dayal said that the construction of the 10 stations is expected to complete in 30 months. Keshopur, Paschim Vihar, Peeragarhi, Mangolpuri, West Enclave, Pushpanjali, Deepali Chowk, Madhuban Chowk, Prashant Vihar and North Pitampura are the stations that will be part of this entirely elevated section.

The Prime Minister Narendra Modi-led Union Cabinet approved three out of the six corridors proposed for Delhi Metro Phase 1V. The Mukundpur-Maujpur, R K Ashram-Janakpuri West and Aero City-Tughlakabad corridors were approved by the cabinet. The other three proposed corridors of Phase-IV which have not yet been approved by the Union Cabinet are Rithala-Bawana-Narela, Inderlok-Indraprastha and Lajpat Nagar-Saket G Block.