Delhi weather update: The fog reduced visibility to zero meters, thus, impacting the traffic and flight movement; air quality of the national capital deteriorated to 492 as of Saturday morning 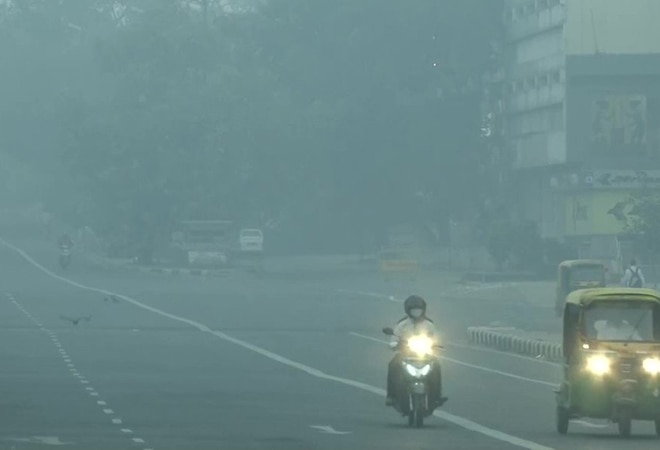 A thick blanket of fog engulfed the Delhi skies on Saturday morning. The fog reduced visibility to zero meters, thus, impacting the traffic and flight movement. Around 80 flights from Delhi and over 50 flights to Delhi airport have been delayed due to zero visibility, Delhi airport said. Only CAT IIIA and CAT IIIB compliant aircraft and pilots can fly due to dense fog conditions. In order to get updated flight information, passengers need to get in touch with the respective airline.

According to the Indian Meteorological Department (IMD), very dense fog was reported today in areas like Palam and Safdarjung that led to zero meters visibility. Not only in Delhi, have zero visibility conditions reported in Lucknow and Amritsar as well. Some parts of the national capital are likely to report dense fog on Sunday as well. Visibility conditions are likely to improve on January 18.

Meanwhile, the air quality of the national capital has deteriorated to 492 as of Saturday morning as per data collated by Ministry of Earth Sciences' System of Air Quality and Weather Forecasting and Research (SAFAR) database. According to the head of IMD's regional forecasting centre Kuldeep Srivastava, the slowing down of wind speed and moisture in the air has made pollutants heavier and also the deterioration of air quality. The air quality was 'severe' in adjoining areas like Ghaziabad, Noida, Greater Noida and Faridabad and 'very poor' in Gurugram on Friday.