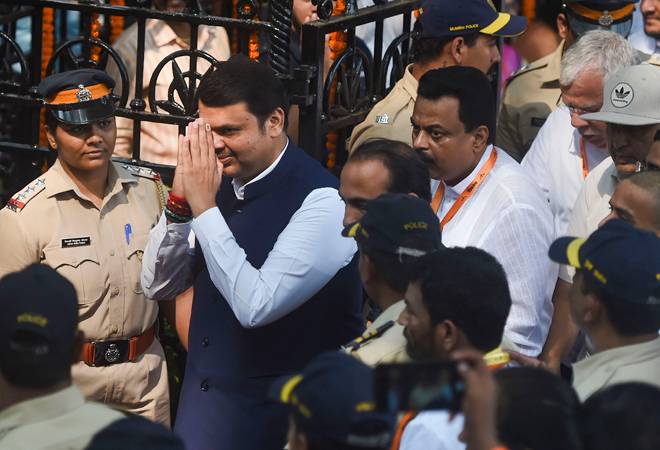 Governor Bhagat Singh Koshyari administered the oath to the two in the morning ceremony, where only official media was present.

In a tweet, he expressed confidence that the two will work for Maharashtra's development.

Congratulations to @Dev_Fadnavis Ji and @AjitPawarSpeaks Ji on taking oath as the CM and Deputy CM of Maharashtra respectively. I am confident they will work diligently for the bright future of Maharashtra.

"People had given us a clear mandate, but Shiv Sena tried to ally with other parties after results, after which President's rule was imposed. Maharashtra needed a stable govt not a 'khichidi' govt," Fadnavis said.

Ajit Pawar, after taking oath as the deputy chief minister, said: "From result day on October 24, no party was able to form the government. Maharashtra was facing many problems, including farmers issues. So we decided to form a stable government."

The surprise swearing-in is being described as a political masterstroke of Sharad Pawar, who on Thursday night had said there was a consensus among the NCP, Congress and Shiv Sena that Uddhav Thackeray should lead the new government.