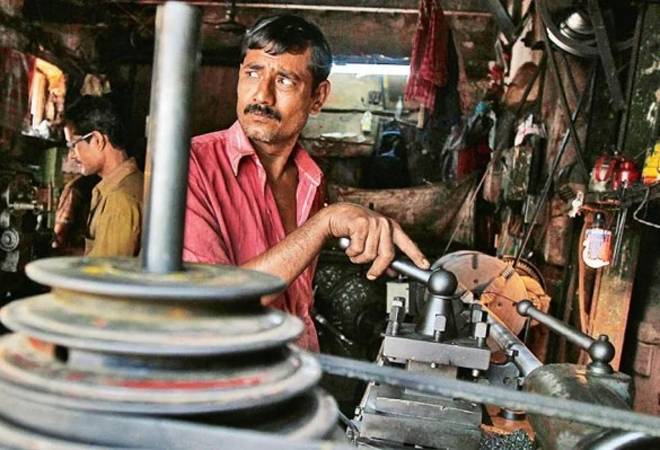 Coronavirus-hit MSMEs have urged the government to avoid knee-jerk policy measures in response to China's military aggression on the border as they can have devastating impact on businesses. The MSMEs say a hike in import duty or placing of non-tariff barrier on items can make input cost expensive by 10-40%. Since the small companies are already reeling under coronavirus impact, any further blow will be a death knell.

The MSMEs have made the call after the government identified over 300 items to impose higher duty or trade barriers in a bid to reduce import from China and other countries.

The MSMEs instead suggest the government to chart out a medium to long-term plan to support local industry so that they can eventually replace Chinese imports.

Leading small industry bodies such as Federation of Indian Micro and Small & Medium Enterprises, SME Chamber of India and All India Manufacturers Organisation (AIMO) have recommended a long-term import substitution plan apart from making local industry competitive. They advise the government to not take steps based on public sentiment against China.

Several small manufacturers told BusinessToday.In that their input cost will go up substantially if import from China stops. According to them, importing the same raw materials from South Korea, Japan and Europe is far costlier. Firms importing chemicals, dyes, electronic items and pharma raw inputs will be the worst hit from any such measures that target China.

"I think we need to think very rationally. When we are talking about raising duty or boycotting a product it should be done very smartly," says FISME President Animesh Saxena.

He cites the example of pharmaceutical ingredients, saying that nearly 70% of the APIs are imported from China. If these imports are stopped, the cost of medicine will go up. This will eventually hit the poorer section of the society, he says.

Similarly, there are other items which are imported from China and any increase in their cost will have a ripple effect - the burden will eventually be on end users.

SME Chamber of India Founder and President Chandrakant Salunkhe echoes the view saying the country has to first empower local manufacturers which are currently facing myriad problems due to coronavirus. Any supply disruption at this juncture would impact local manufacturers to meet export demand.

"In case we import various products from other countries instead of China the rate would go up in the range of 25-40%. If we decided to import the same products from South Korea, Japan or other countries we will end up paying more. Moreover, we will have to find new suppliers and negotiate with them which will take time," Salunkhe said.

Trade experts also endorse the view saying the best way to respond will be to make the economy stronger and go for long-haul measures.

"The response I think should be taken keeping medium and long term in mind rather than a short-term knee-jerk reaction. If we react immediately on the economic front, we might end up hurting ourselves more than we hurt China. So, we have to be careful that we don't cut our nose to spite our face," said Ananth Narayan, former banker and Professor at SP Jain Institute of Management and Research (SPJIMR).

"Today, 35% of our MSMEs are going to wind up. Our concern must be to give oxygen and a ventilator to them for survival. First nurture the local industry to survive. Once they survive, nurture them to healthiness. After that focus should be on revival and then to prosperity and eventually wealth creation. That should be the steps," says Raghunathan.

The industry captains seem to be echoing the sentiments on the ground.

Surat-based Prashant Industries Director Prashant Patel says that some of the chemical items which he currently imports from China used to be shipped from Europe but the cost was 10-15% more, which forced him to shift to a cheaper market.

Chakradhar Chemicals Chairman Neeraj Kedia also says that many chemicals which if sourced locally will be 10-15% more expensive than China.

He also added there were also quality issues with sourcing of raw materials from the domestic market.

Retail inflation for farm, rural workers eases marginally in May