India climbed the rankings by making it easier to do business in four of the 10 areas of business regulation that the report measures, namely business incorporation, getting construction permits, resolving insolvency and trading across borders 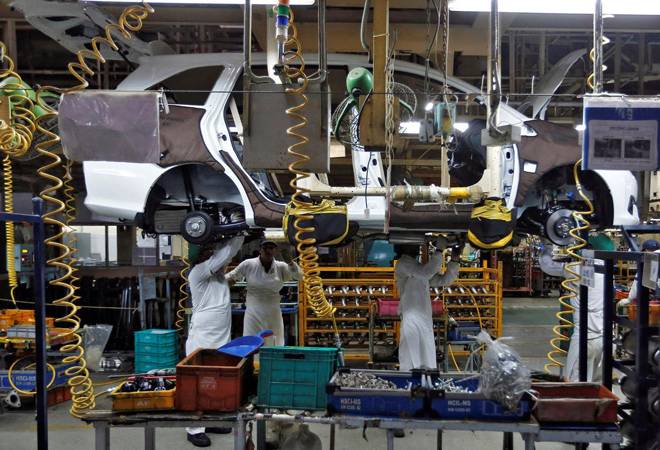 India climbed the rankings by making it easier to do business in four of the 10 areas of business regulation that the report measures, which contribute to an economy's score.

For the third consecutive time, India ranked among the 10 top improvers on the World Bank's flagship 'Doing Business' 2020 report. From the 77th rank last year, the country jumped 14 places to the 63rd position in the latest rankings released on Thursday. According to the Washington-based organisation, only Burundi, Colombia, Egypt, and Georgia have previously managed such a hat-trick, but India's reform efforts are particularly commendable given the size of the economy.

India climbed the World Bank's rankings by making it easier to do business in four of the 10 areas of business regulation that the report measures, which contribute to an economy's score. The study measures the processes for starting a business, dealing with construction permits, trading across borders, resolving insolvency, getting electricity, registering property, getting access to credit, protecting minority investors, paying taxes and enforcing contracts. And India made improvements in the first four categories.

"Starting a business [in India] is less costly thanks to abolished filing fees for the SPICe company incorporation form, electronic memorandum of association and articles of association," the World Bank said.

Another area where India showed improvement in World Bank's ease of doing buisness ranking was in getting building permits. "Authorities in Mumbai and New Delhi made it easier to obtain construction permits by allowing the submission of labour inspector commencement and completion notifications through a single-window clearance system," the World Bank said. For instance, Delhi streamlined the process, reduced the time and cost involved, and improved building quality control by strengthening professional certification requirements.

Next, exporting and importing is now comparatively easier following the integration of several government agencies into an online system. "India made trading across borders easier by enabling post-clearance audits, integrating trade stakeholders in a single electronic platform, upgrading port infrastructures, and enhancing the electronic submission of documents. This reform applies to both Delhi and Mumbai," the report added.

One of the main reasons for improvement in India's ranking this year goes to the successful implementation of the Insolvency And Bankruptcy Code, Simeon Djankov, Director of Development Economics at the World Bank told PTI. Before the implementation of the reform, the report noted that it was very burdensome for secured creditors to seize companies in default of their loans - foreclosure proceedings lasted almost five years, making efficient recovery almost impossible. "The new law introduced the option of reorganisation (corporate resolution insolvency process) for commercial entities as an alternative to liquidation or other mechanisms of debt enforcement, reshaping the way insolvent firms could restore their financial well-being or close down," read the report, adding that companies now have effective tools to restore financial viability, and creditors have access to better tools to successfully negotiate and have greater chances to revert the money loaned at the end of insolvency proceedings.

The data speaks for itself. More than 2,000 companies have used the new law since it came into effect. Of these, about 470 have commenced liquidation and more than 120 have approved reorganisation plans, with the remaining cases are still pending. "Reorganisation has become the most likely procedure for viable companies as measured by Doing Business, increasing the overall recovery rate from 27 to 72 cents on the dollar," the report added.

"India's achievements this year build on a sustained multi-year reform effort. Since 2003/04, India has implemented 48 reforms captured by Doing Business," it added.