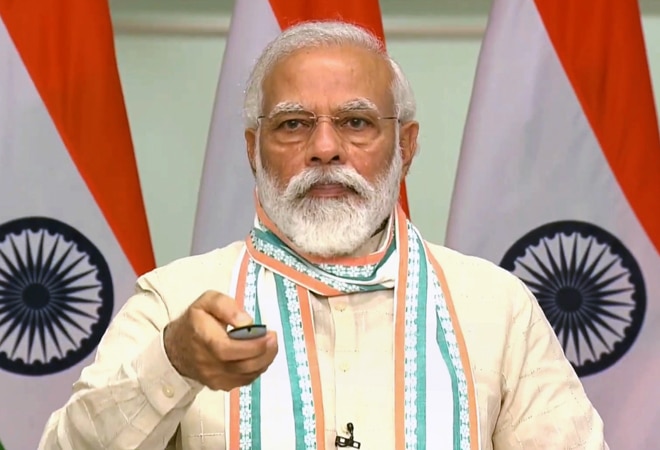 The Election Commission has directed all petrol pumps to remove hoardings of Prime Minister Narendra Modi in poll-bound West Bengal within 72 hours. Besides, the poll body has asked retail fuel pumps to remove advertisements of the central scheme as they violated the model code of conduct.

EC's order has come after a delegation of Trinamool Congress (TMC) leaders alleged that the use of Modi's photo on advertisements of various central schemes and COVID-19 vaccination certificates are violating the model code of conduct.

TMC leader Firhad Hakim had told EC, "Prime Minister Narendra Modi happens to be the star campaigner of the BJP in this assembly elections. As a politician, he is seeking support for his party during rallies. In this situation, using his photo in vaccination certificates is akin to influencing voters and violates the model code of conduct. We have sought the EC's intervention to remove his photo in hoardings promoting central schemes at petrol pumps".

According to a senior election commission official, the poll body received over 1,000 similar complaints out of which 450 were found to be genuine.

"We have received such complaints on cVIGIL. Everybody has to abide by the model code of conduct (MCC) and people have been directed as to what action is to be taken when MCC is violated," the official said.

The EC has decided to use vehicles having GPS-based applications on polling days to monitor the movement of sector officers and to communicate with them.

"If needed the sector officer can be contacted in emergencies. Their movement can be monitored from the district election office, as well as by the observer and from the CEO here," he said.

Since Tuesday the EC has seized cash amounting to Rs 25 lakh besides recovering 28,131 litres of liquor having a cash value of Rs 32 lakh. Narcotics worth Rs 30 lakh were also seized, the official said.

The assembly election in West Bengal is scheduled to be held in eight phases, beginning with polling for 30 seats on March 27. Counting is slated for May 2.

There will be over 400 observers for the assembly election and around 170 companies of the CAPF will reach the state by Monday.

Also read: NRIs won't be double-taxed in FY21 for over-staying

Also read: Digital media norms to be administered by Centre, not states