Economic growth to bounce back to pre-COVID levels by FY22: Rajiv Kumar

NITI Aayog Vice Chairman Rajiv Kumar said issue of asset monetisation is being discussed at highest level and that Centre will make sure the target is reached; also talked about more reforms in banking sector 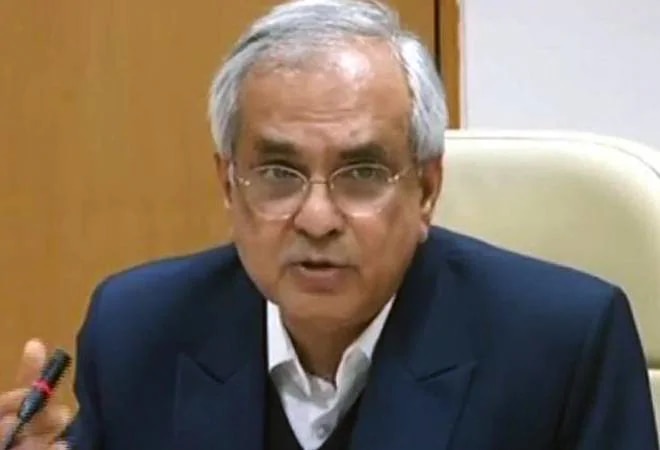 With signs of economic revival visible, NITI Aayog Vice Chairman Rajiv Kumar hopes the economic growth could reach the pre-Covid levels by the end of the financial year 2021-22. "We should reach pre-COVID-19 levels at the end of the fiscal year 2021-22 for sure," Kumar told news agency PTI, adding that GDP de-growth in the current fiscal year is expected to be around 8 per cent.

His projections for FY21 are in line with that of the Reserve Bank of India growth forecast. RBI Governor Shaktikanta Das, during last week's MPC meet, announced that the central bank expects the Indian economy to contract 7.5 per cent in FY21. This was an improvement on its previous assessment of 9.5 per cent contraction. The RBI's revised projection stems from the recent boost in economic revival -- both in rural as well as urban areas -- in many sectors.

The economy contracted by 7.5 per cent year-on-year for the second successive quarter in Q2 ending September. There was something to cheer about too. The GDP grew at 23.2 per cent sequentially signalling a gradual recovery ahead. This also remains the best quarter-on-quarter growth since 1996 when the country started giving out quarterly numbers.

Meanwhile, on the issue of disinvestment, Rajiv Kumar said the issue of asset monetisation was being discussed at the highest level and that the government would make sure the target is reached. The Centre aims to raise around Rs 2.1 lakh crore -- Rs 1.2 lakh crore from sale of state-owned companies and Rs 90,000 crore from stake sale in banks -- via divestment in this fiscal year.

He also talked about the need for reforms in the banking sector, which he said will enhance competition. The Niti Aayog Vice Chairman said the Aayog was very aggressively pushing for new programmes in the Agri sector, including chemical-free natural farming. This will not only cut the overall cost of produce  but also reduce the negative impact on the environment, he said. It will also increase competition in the sector and help farmers raise income, he said.