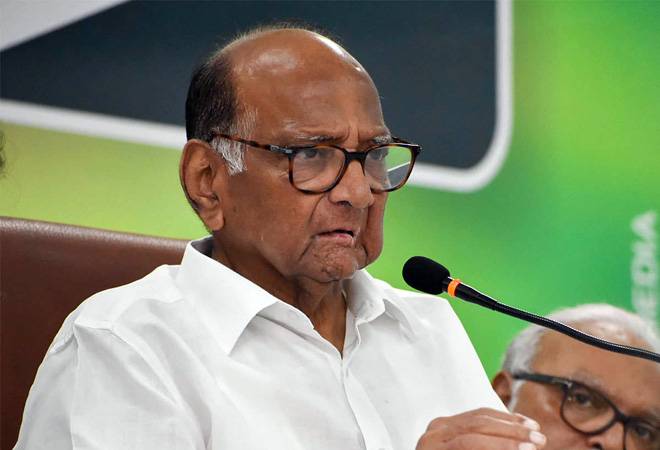 The NDA government is a "non- performing asset" (NPA) for the country, NCP president Sharad Pawar said on Wednesday as he attacked the BJP-led regime over economic slowdown.

Pawar said the National Democratic Alliance (NDA) government should take a lesson from former Prime Minister and Congress veteran Manmohan Singh on how to put the economy back on track.

If the government did not do so, the people of the country will teach it a lesson, the former Union minister warned.

Terming the slowdown as "unprecedented", Pawar said it is for the first time in independent India that a stable government has created an "atmosphere of uncertainties" in policy-making and implementation with unnecessary adventurism.

"The NDA government is an NPA for the country. Instead of accepting the facts and acknowledging advices by renowned economists like Manmohan Singh ji and Nobel laureate Abhijit Banerjee, it has engaged in "jumlebazi" (gimmicks) and is treating the slowdown as a temporary sign and distracting from core issues," Pawar said in a press note.

The Rajya Sabha MP categorically said the slowdown in India is "not synchronised" with global economic crisis.

He, however, did not name the "two" persons.

"The UPA government had successfully revived the economy when the economic recession hit the global economy.

"The NDA government should take a lesson from Manmohan Singh ji, else the people of India will teach them a lesson," warned the NCP leader, who was a minister in the 2004-14 Congress-led regime.

He said there was a decline in gross domestic product (GDP) growth and in the index of core industries.

Pawar noted rural distress as being one of the major causes of the "recession", while the automobile sector, too, he added, is in "complete doldrums".

He said small and medium enterprises across Maharashtra are bearing the brunt of the slowdown and realty sector, too, stands crippled due to demonetisation, GST and Real Estate Regulatory Authority (RERA).

There is an urgent need to infuse more than Rs 2 lakh crore for the recapitalisation of PSU lenders, but the government lacks funds, he added.

"PMC Bank depositors are crying for justice," Pawar said, adding some of them have already died of shock after a mega fraud at the cooperative lender came to light in September.