In other sectors, public sector enterprises will be privatised or merged and brought under holding companies, timing for which will be based on feasibility 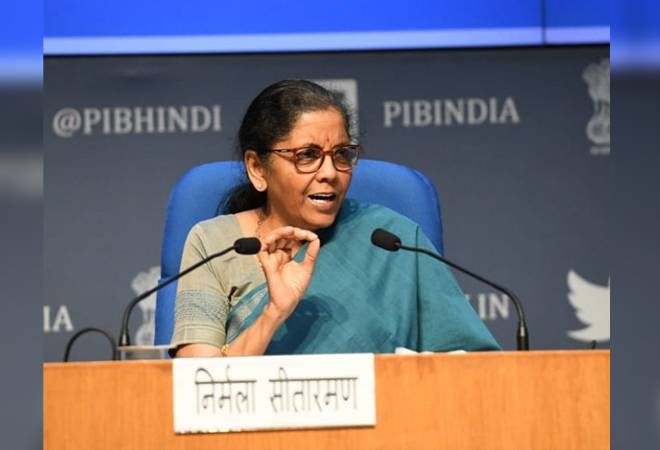 Union Finance Minister Nirmala Sitharman on Sunday announced a major public sector enterprise policy for "a new, self-reliant India", under which private sectors will be allowed entry in strategic sectors. The FM said to minimise wasteful administrative costs, the number of enterprises in strategic sectors will ordinarily be only one to four. In other sectors, public sector enterprises will be privatised or merged and brought under holding companies, the timing for which will be based on feasibility.

In strategic sectors, at least one enterprise will remain in the public sector but private sector will also be allowed

In other sectors, PSEs will be privatized #AatmaNirbharApnaBharatpic.twitter.com/9eYyjaNgZl

Sitharaman on Saturday will also announced to open up coal mining for private sector. The monopoly that the government has in coal mining will be removed, she said. She also added the move has been announced keeping in mind the need to reduce import of substitutable coal and increase self-reliance in coal production.

Today's announcements focussed on MGNREGA, health and education-related steps, business and COVID-19, decriminalisation of Companies Act, Ease of Doing Business, public sector enterprises, state govt resources, says the FM. "The government is working on a mission mode on the next phase of 'ease of doing business' reforms," said the FM.

She added more than Rs 4,113 crore had been released to states. "Insurance cover of Rs 50 lakhs per person has been announced for healthcare workers and Epidemic Diseases Act was amended for protection of healthcare workers," she added. The government has also allocated an additional Rs 40,000 crore to MGNREGS to provide employment boost, she said.

She also announced decriminalisation of Companies Act defaults, under which seven compoundable offences altogether have been dropped and five would be dealt with under alternative framework. "The amendment will de-clog the criminal courts and NCLT," she said. Now, Indian public companies can list their securities directly in foreign jurisdictions, and private companies which list non-convertible debentures on stock exchanges will not be regarded as listed companies, the FM said.

The FM said the states had seen a sharp decline in the revenue, and the government consistently extended help to the states.

"Revenue deficit grants to states of Rs 12,390 crore was given on time in April and May despite the Centre's stressed resources; devolution of taxes of Rs 46,038 in April given fully," the FM maintained.

Coronavirus relief: Borrowing limits of states to be raised to 5% from 3 % for FY21