Shiromani Akali Dal chief Sukhbir Singh Badal, an ally of the ruling BJP, spoke about "misgivings" and "doubts" among farmers on the bill and two other proposed legislations related to the farm sector 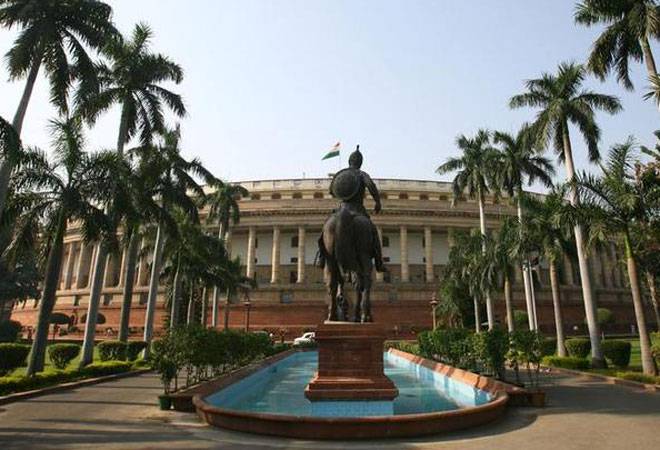 The Lok Sabha on Tuesday passed the Essential Commodities (Amendment) Bill, 2020, which seeks to deregulate food items, including cereals, pulses and onion, with opposition parties describing the measure as anti-farmer and NDA ally Shiromani Akali Dal opposing changes in the law.

The amendment is aimed at transforming the farm sector and raising farmers' income, the government has said.

Responding to the debate, Minister of State for Consumer Affairs Raosaheb Patil Danve said the change in the law will help improve income of farmers and strengthen agriculture infrastructure in the country.

It will also help in attracting private investment in the sector, he said, adding that it seeks to support the government's resolve to double farmers income by 2022.

The minister said that there were apprehensions that food prices may go up during the COVID period due to lockdown and supply disruptions, but the government took several steps to keep prices in check.

He cited measures like free foodgrain distribution to 80 crore poor people through the PDS system and procurement of grains by giving relaxations to mandis during the lockdown.

Participating in the debate, Shiromani Akali Dal chief Sukhbir Singh Badal, an ally of the ruling BJP, spoke about "misgivings" and "doubts" among farmers on the bill and two other proposed legislations related to the farm sector.

Badal said when these ordinances were discussed in the Union Cabinet, the party's representative, Harsimrat Kaur Badal, had raised objections and voiced concerns, and had requested that the measures put off.

"The party's legacy cannot and will not be compromised or diluted, no matter what price we have to pay," Badal said while speaking in Punjabi in Lok Sabha. He later opposed the bill which was passed by a voice vote.

The Centre should withhold these legislations and work to address the concerns of farmers, he said.

Farmers in many states, including Punjab and Haryana, have been protesting against these bills.

The government has already brought ordinances, and the bills seek parliamentary nod for them.

Trinamool Congress' Saugata Roy and Kalyan Banerjee also opposed the bill and accused the Centre of taking away the power of states.

"I don't understand what was the hurry of bringing the ordinance," Roy said and claimed the legislation will benefit big traders, while farmers would be left in the lurch.

"It will give big corporates entry into the space of farmers," the TMC leader said.

D M Kathir Anand of the DMK also opposed the bill, while Kaushalendra Kumar of the JD(U) supported it, saying the proposed legislation will benefit farmers as they won't have to sell their agriculture produce at lower prices.

BJP member P P Chaudhary said the legislation will not only benefit farmers but also consumers and described it as a visionary step and the biggest reform in the agriculture sector.

BJD's Bhartruhari Mahtab was of the view that state interference in every stage is not a smart idea.

"Agriculture markets are over-regulated by outdated laws. India has now become surplus in most agriculture commodities but still there is very less investment in cold storage facilities," Mahtab said.

The government has to safeguard the interest of farmers, he noted. Mahtab also suggested that the government do away with export restrictions in the agriculture sector.

Kunwar Danish Ali (BSP) termed the bill as anti-farmers, and said it will benefit the middle man.

He alleged that the Modi government wants to privatise PSUs to benefit big industrialists. "This bill is intended to give licence to hoarders," Ali alleged.