The EIB, in a statement, said the new metro rail system will reduce commuting hours and unlock new employment and education opportunities in Kanpur, the industrial capital of Uttar Pradesh 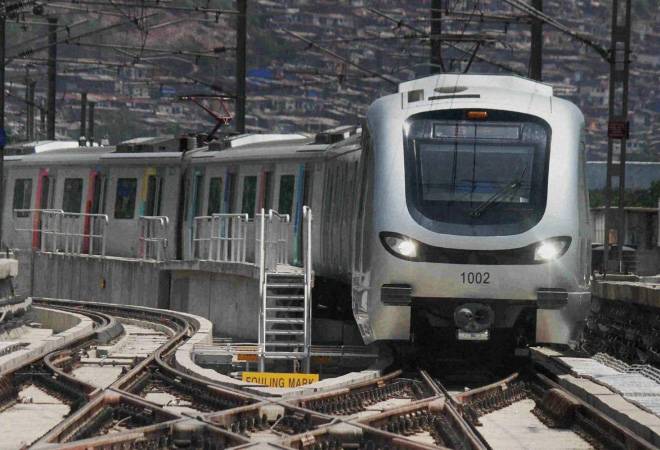 With the Kanpur investment, the total amount of the EIB's approved support for metro rail systems in India has reached 2.65 billion euros, more than half of the entire EIB investment portfolio in India

The European Investment Bank (EIB) said it will invest 650 million euros into the construction of Kanpur's first metro line, enabling about three million people in the city to benefit from green, fast and affordable public transport. The EIB, in a statement, said the new metro rail system will reduce commuting hours and unlock new employment and education opportunities in Kanpur, the industrial capital of Uttar Pradesh.

The EIB is the long-term lending institution of the European Union owned by its member states. It makes long-term finance available for sound investment in order to contribute towards EU policy goals. This is the second metro rail project supported by the EIB in Uttar Pradesh, following the 450 million euros investment in the development of a metro rail system in the city of Lucknow.

The second biggest EIB operation outside the EU to date will finance the construction of a 32.4 km urban rail line, with 18 elevated and 12 underground stations, the statement said. Once completed, Kanpur metro rail will create 1,100 new jobs and enable around 116 million more affordable commutes each year, it said.

In addition to creating an affordable and accessible public transport network and a reliable alternative to heavily congested streets, the new metro will reduce pollution and greenhouse gas emissions and improve air quality across the city, it said. Andrew McDowell, Vice-President of the European Investment Bank, said: "Kanpur is the fifth metro rail project to receive EIB funds in India and the biggest investment made by the Bank outside the EU."

"The metro will have a positive impact on quality of life and doing business in the city through access to affordable transport, creating new employment and education opportunities. It will be a safe, green and affordable transport alternative for Kanpur and its visitors," McDowell said.

"We are also glad to see this project is contributing to global climate action while strengthening EU-India relations," he said. EU Ambassador to India Ugo Astuto said at the last EU-India summit on July 15, the EU and India discussed how to put climate action and the green transition at the heart of our economic recovery post COVID.

Sustainable mobility is a key component of this strategy, towards modern, clean and healthy economies, he said. "The Kanpur project is an important investment in making public transport efficient, safe and sustainable. I am happy to see the European Investment Bank fully engaged in this transformational process," he said.

Kumar Keshav, Managing Director of Uttar Pradesh Metro Rail Corporation, said, "UPMRC is extremely thankful to European Investment Bank for their continued support for the development of metro rail projects in the state of Uttar Pradesh. Comfortable, fast, safe, energy efficient and affordable public transport systems like metros are needed for cities to become the engines of growth in our country."