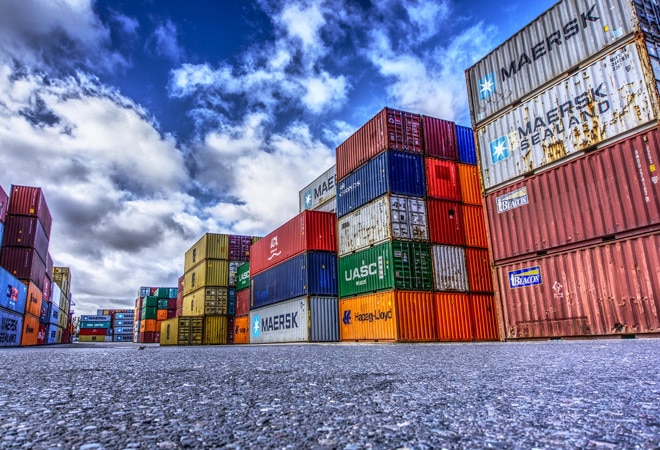 Federation of Indian Export Organisations (FIEO) has asked the central government to announce the rates that are applicable for various export goods under the newly announced Remission of Duties and Taxes on Exported Products (RoDTEP) scheme. The apex body of exporters also expressed concern over the budgetary allocation of Rs 13,000 crore for the new scheme as it is much less compared to the amount government used to refund under an earlier scheme - Merchandise Export from India Scheme (MEIS) - that got replaced with RoDTEP on January 1, 2021. The government had projected RoDTEP as a Rs 50,000 crore scheme that will reimburse exporters all the taxes and duties they pay for the export consignments.

Addressing a virtual press conference, FIEO President Sharad Kumar Saraf said the exporters are waiting to know the RoDTEP rates to finalise their fresh contracts. "How exporters can finalise their contracts in absence of the RoDTEP rates? This is more acute for sectors having razor thin margins where such benefits are important component of the profitability. If the rates are not notified quickly, many of the exporters would not be able to enter into new contracts and the same will get reflected in future exports of the country," Saraf said.

FIEO wanted the government to notify the RoDTEP rates for all the products by February, 28 2021. An expert committee headed by former commerce secretary G K Pillai has submitted recommendations for the rates.

The exporters organisation also pointed out that RoDTEP provides refund of all taxes and duties hitherto not refunded through any other mechanism and hence should not be limited to the budget constraints.

"We request the government to provide whatever budget is needed to enable the export sector to get the rightful claim based on the parameters of rates fixation. RoDTEP being a WTO-compatible measure should provide rightful competitiveness to exports," Saraf said.

Saraf also pointed out that large number of exporters both of goods and services are still awaiting their claims for 2019-20 and 2020-21 (up to December 2020) under the earlier schemes - the Merchandise Exports India Scheme (MEIS) and Services Exports India Scheme (SEIS). Stating that the liquidity of such exporters, many of them in the micro and small scale sector, have entirely dried up, he complained that they are not in a position to take new orders due to rising uncertainty and lack of liquidity at their disposal.

"Exporters are required to pay advance taxes on such receivables and thus they have been put under severe financial strains. These kinds of blockage will have its impact on exports particularly in respect of MSME units and if the benefits are not released quickly, a fairly large number of exporters will have no other option but to close their businesses," he said.

Incidentally, the total support offered by the government to the export sector in Budget 2021-22 is less than 1 per cent of India's exports.