Farm bills 2020: PM Modi said that the government is committed to help farmers get the right prices through Minimum Support Price amid massive protests over the three bills that were passed in the Lok Sabha on Thursday 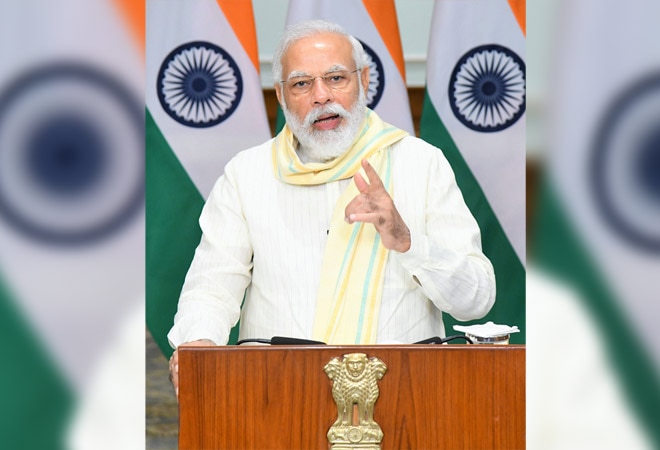 Prime Minister Narendra Modi has said that the new farm bills would help the farmers and not put them at a disadvantage. PM Modi, who addressed a rally in Bihar on Friday, said that misinformation is being spread in the name of the bills.

"Misinformation is being spread that farmers won't get right prices. They are forgetting how aware the country's farmers are," said PM Modi a day after key ally Akali Dal pulled out their only minister Harsimrat Kaur Badal from his government. Akali Dal termed the bills 'anti-farmer'.

PM Modi said that the government is committed to help farmers get the right prices through Minimum Support Price amid massive protests over the three bills that were passed in the Lok Sabha on Thursday. The Opposition has also slammed the government on the bills.

"Misinformation is being spread that wheat and rice will not be procured by government agencies. This is an absolute lie and an attempt to deceive farmers," he said, urging farmers to be aware of "those who are raising a false alarm".

"They just want to keep you in your misery and exploit the old system. These people have been in power for decades but have done nothing for farmers' and farm issues," he said.

WHAT ARE THE FARM BILLS

The three farm bills -- two on agri market reforms and one on contract farming -- aims to help small and marginal farmers. The bill on agri market intends to allow farmers to sell their produce outside APMC mandis to whoever they want. Anyone can buy their stock from farm gates. Farmers would get better prices but commission agents of the mandis would lose out on commission and mandi fees. The contract bill allows farmers to enter into a contract with agri-businesses or large retailers on pre-agreed rates. This would cushion them from market unpredictability and transfer the risk to the sponsors.

Farmers' organisations such as Bhartiya Kisan Union (BKU) and the All India Kisan Sangharsh Coordination Committee (AIKSCC) have been protesting against the bills. They believe that the bills would help big corporate houses and put the farmers at a disadvantage.